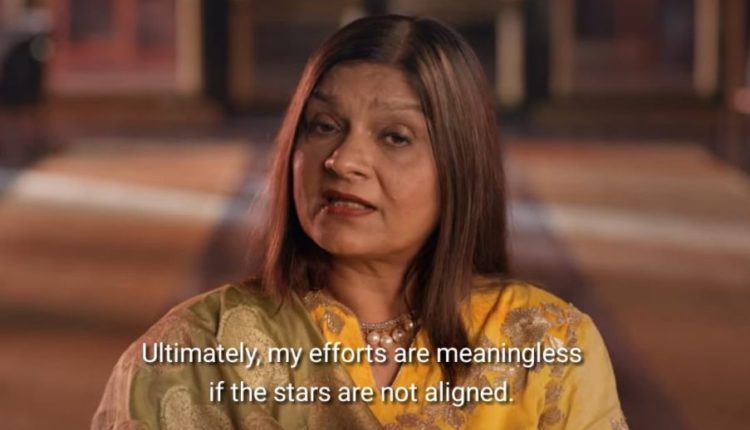 Mumbai: Netflix’s new reality series ‘Indian Matchmaking’ has flooded the internet with hilarious posts about the protagonist ‘Sima aunty’ and the whole Indian marriage scenario. The series shows the role of matchmakers in India and how Indian marriages are being “arranged” here and also in the US.

Here are a few reactions and comments that will crack you up. However, if you haven’t watched the show, you might not connect to each one of them:

Akshay wants to marry a CA so that he can debit her happiness and credit maid services for free. #IndianMatchmaking pic.twitter.com/iIzUzIDLtL

Brown people social distance from their loved ones with or without COVID. Just to be safe. #IndianMatchmaking pic.twitter.com/TruUxeUVKY

Some took a jibe at Akshay, one of the candidates in the show whose mother wants to get him married by the age of 25.

Many pointed out the blatant racism that exists in these setups and the obsession to find “fair” and “tall” brides.

So we not gonna address the constant and blatant colourism in #IndianMatchmaking? Okay, cool. Carry on.

Some also took a jibe at the metrosexual Pradhyuman’s sexuality.

That makes it 150 times poor Pradhyuman tried to come out.. pic.twitter.com/dOQXt7MJKs

Why are people shitting on #IndianMatchmaking for being sexist and casteist? The show is simply holding a mirror to the ugly society we are a part of. Also, here’s an underrated dialogue from the show. Needs more traction pic.twitter.com/YzZef4KozR

There was a unanimous dislike towards Aparna, an Indian-American lawyer in the US.

Dubai is like Disney World!? What are you even saying!? Stupid. #IndianMatchmaking pic.twitter.com/yRl9ooiEJC

Started #IndianMatchmaking. Match-maker Seema Taparia just looked at a painting of a dog and asked if it’s a cat. Yeh karenge match?

Aparna: Is rude, hardly let’s her dates speak, loves traveling but hates where her dates have traveled or have enjoyed traveling, says she doesn’t have to grow as a person.

The show is addictive, isn’t it?

No Abolition Of PG Courses At SVNIRTAR, Says Utkal University