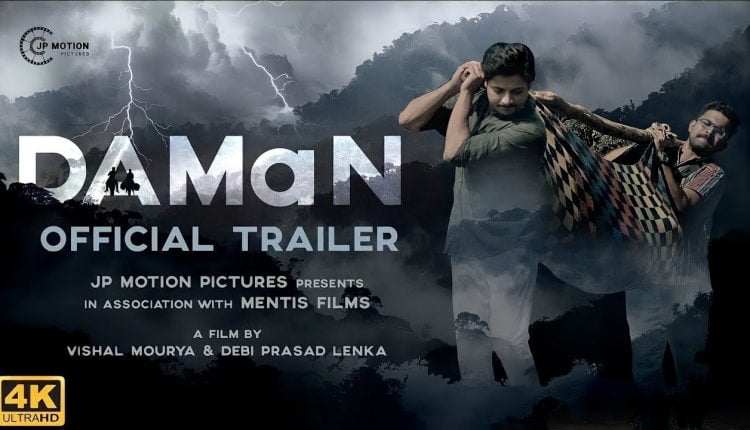 Bhubaneswar: The official trailer of Odia film ‘Daman’ was released on the social media platform by its production house on Wednesday.

With popular actor Babusan in the lead role of a doctor in a remote village of Malkangiri district, ‘Daman’ is based on real events. The film portrays the doctor’s relentless fight against superstitions of the people and struggle to make them aware of facts about malaria which is rampant in the area of his service.

His job is made all the more difficult for lack of road communication and telecom network in the remote village.

A film of different genre, the makers of ‘Daman’ are confident that it would prove to be a watershed in Ollywood and earn appreciation from viewers who complain that Odia films lack novelty and originality.

The producers of the film said they had to release its trailer on social media due to COVID related restrictions. It may be mentioned that the preview of the trailer had got leaked earlier.

However, the directors of the film had announced that the official trailer of the film would be released on the Republic Day.