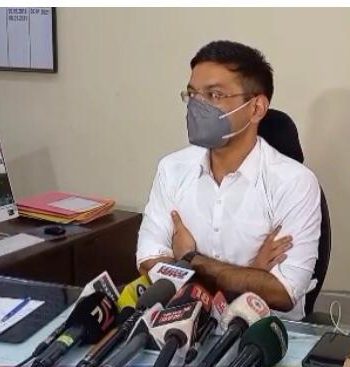 Puri: Sevayats (servitors), who have worked for five years without a break at Jagannath temple in Puri, will now be eligible for an old-age pension from the age of 60.

A special guideline has been prepared in this regard, sources said.

A counter will be opened at Dolabedi Kona to provide medicines to the servitors free of cost. A proposal will be given to the state government to include them under Biju Swasthya Kalyan Yojana, besides, reservation of Group C and D posts in the temple administration for educated Sevayats.

Likewise, Anubhav Yatra (exposure trip), which was closed for a long time, will be started soon.

All the schemes will be implemented after the approval of the state government and Shree Jagannath Temple Managing Committee, he added.

On reopening the 12th-century shrine, the collector said a decision will be taken after a meeting with the temple administration and Sevayat Nijogas next week.

The administration had decided to shut the temple for the public till January 31 amid a rise in COVID cases.