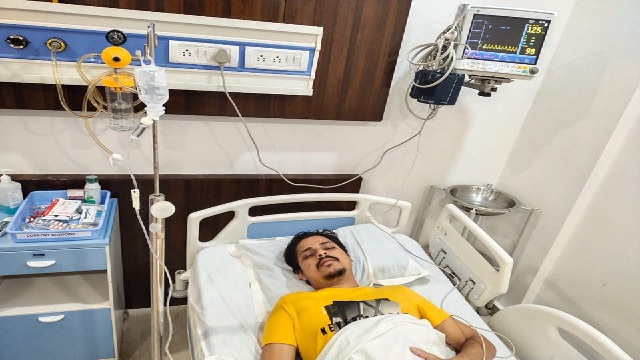 Bhubaneswar: Ollywood superstar Babushaan Mohanty, who was admitted to a private hospital in Odisha’s capital for gastrointestinal ailments, was discharged on Saturday.

His wife Trupti Satpathy visited him at the hospital.

According to sources, he complained of illness during a recent motorcycle tour in Ladakh following which he was hospitalised.

Some reports suggested the actor was admitted to hospital after his oxygen level dropped while others said he was suffering from varicose veins.

Earlier, director of the soon-to-be-released Odia movie Daman Vishal Mourya wished Babushaan a ‘rocket recovery’. He added that the promotion of Daman, which is set to be released on September 30, was incomplete without him.

In July, Babushaan found himself embroiled in a high-voltage fracas after his wife Trupti accused him of having an extra-marital affair with his co-actor Prakruti Mishra and confronted them on the streets of Bhubaneswar.