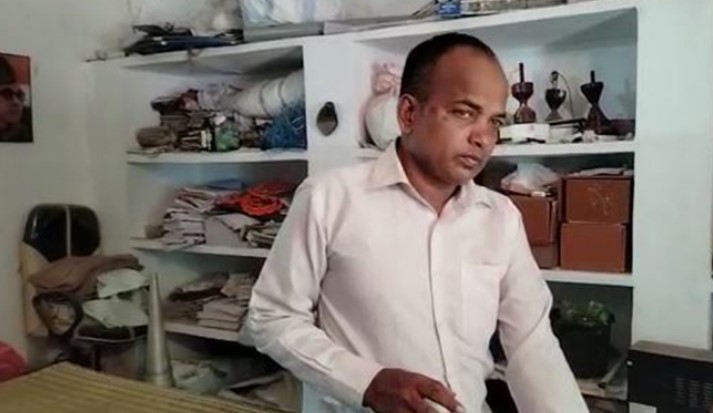 Jajpur: The students of a high school locked up its main gate on Saturday demanding ouster of the headmaster for allegedly attending the office in inebriated condition in Odisha’s Jajpur district.

A video of the headmaster of Ratnagiri High School under Bari education circle in the district, Prakash Mallik, sleeping inside the school in inebriated condition had gone viral in social media on Friday. Peeved over Mallik’s conduct, the students locked up the school gate and demanded him to be replaced.

The agitating students told the media that their headmaster has been regularly coming to the school drunk and taking the classes in that condition. He also used to remain absent often from the school without information.

With no official action initiated against Mallik, he continued with his habit and in July, another video showing him sleeping on the cartons of liquor bottles came to light. It also did not deter him from drinking and one more video of the headmaster sleeping during school hours surfaced 3 days back.

Agitated over the bad name brought to the school by the headmaster, the students resorted to agitation, they said. On being informed, cluster resource centre coordinator Tarakant Mallik went to the school and pacified the students by assuring them of official action against Mallik.

Man Arrested After 2.5-Year-Old Tells Police It Was ‘Her Father Who Strangled Her Mother’