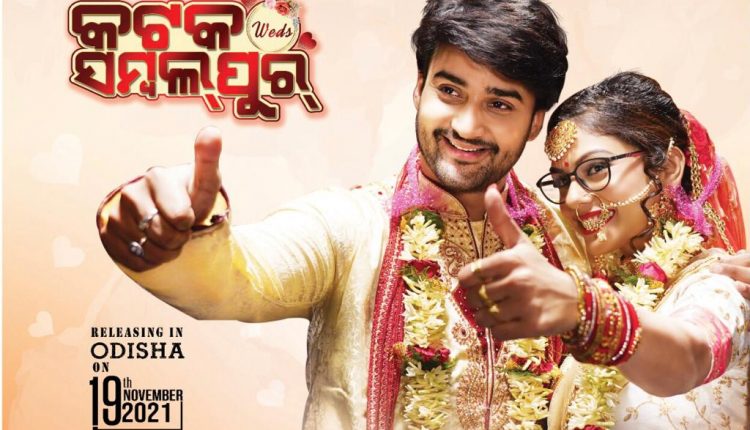 Ollywood hero Sambeet Acharya is the hero while debutant Susmita Pradhan is his lady love in the story that revolves around the two districts, which have distinct characters of their own.

The other star casts of the movie are Kuna Tripathy, Guddu, Pintu Nanda, Pradip Debta, Raja and Maha Prasad Kar.

Produced under the banner of ‘RR Events and Cine Production’, the movie is Bapi David’s debut directorial venture. Ramesh Barika and K Tamanna are the producers while the story and dialogues are by Jatindra Pradhan and Jitendra Seth respectively.

The movie has four songs music of which has been given by Baidyanath Das and Kamalesh Chakrabarty.

“The story is based on two lovebirds. One is from Cuttack and the other from Sambalpur. It shows how people from two different distinct districts manage to win each others hearts. has been mostly shot in Bargarh, Sambalpur, Koraput, Puri and Cuttack. The movie was first planned for September release but due to COVID, it was postponed,” said  the producer.

Now, with the cinemas open across the state, ‘Cuttack Weds Sambalpur’, will be released in 22 theatres of Odisha, he informed.

US Journalist Freed From Myanmar Jail