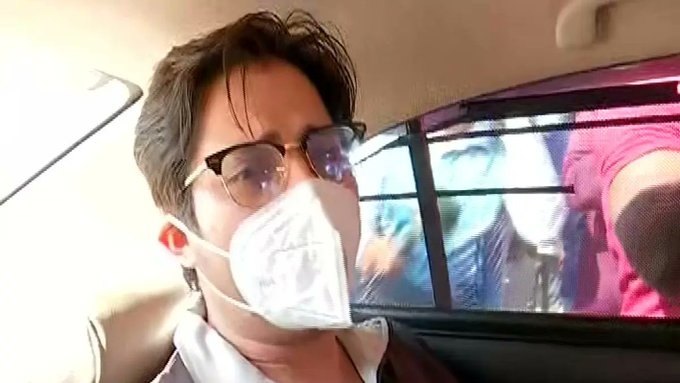 The actor told media persons who had gathered at the airport that he will first meet his parents.

Babushaan, who was in Chennai to participate in an Utkal Diwas event and promote his film ‘Daman’, did not return to Odisha’s capital on Monday with the film’s crew members, sparking speculation about his whereabouts.

The film’s crew arrived at Bhubaneswar airport on Monday night but Babushaan did not return with them. The film’s crew told mediapersons that they were not aware where Babushaan, who checked out of the hotel where he was staying in Chennai on July 24, was, according to media reports.

On July 23, the day he was leaving for Chennai, Babushaan and actress Prakruti Mishra, his co-star in the film, were setting out for Bhubaneswar airport when his wife Trupti Satpathy stopped their SUV and assaulted both of them in full public glare on the streets of Bhubaneswar. Videos of the incident have gone viral.

Babushaan went ahead with his Chennai trip but did not attend his film promotion.

According to media reports, Babushaan was advised by the film’s crew, including the producer and director, to rest and skip the event.

But the reports also carried a “statement released by Babushaan’s team” that said, “Complete wrong information being circulated. Babushaan was ready to leave for the event but unfortunately the producer asked him to stay back and was trying to involve himself in his personal matters.”

“The movie’s producer asked Babushaan to stay away from ‘Daman’ and even said that he will ensure the movie releases without Babushaan’s presence in the upcoming promotions… This was extremely upsetting for Babushaan and for us,” the reports quoted the actor’s team as saying.

Speaking to reporters on Tuesday after returning from Chennai, Prakruti’s father Manmath Mishra said that he met Babushaan there to discuss the incident.

Prakruti and her family members separately went to Chennai, where her brother lives, and returned to Bhubaneswar on Monday night.