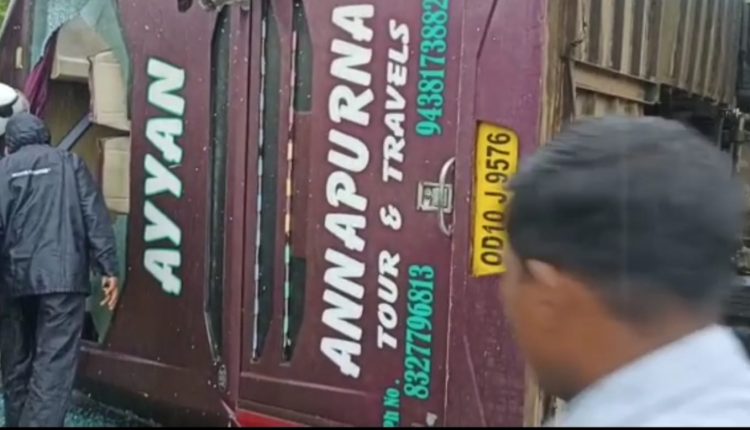 Koraput: One person died and several others of a marriage party were injured after the bus in which they were going, collided with a truck on National Highway 26 near Deoghati village in Koraput district on Wednesday.

According to reports, the bus was going to R. Udayagiri from Jeypore when the accident occurred. The injured were rushed to the nearest hospital by locals with the help of an ambulance.

Condition of three of the injured is stated to be serious while 7 others are undergoing treatment in hospital.

Expecting Less Than 90% In Board Exams, Plus II Student Of DAV School Commits ‘Suicide’ In Odisha’s Dhenkanal