One Killed, 8 Injured As SUV Hits Truck In Odisha’s Balasore 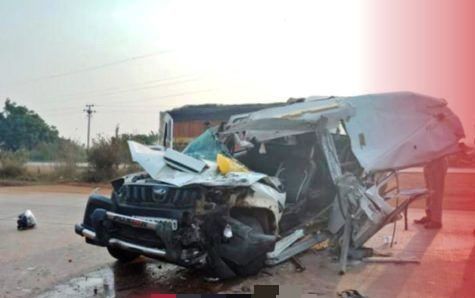 Balasore: Even as the state was coming to terms with Mahanadi bridge bus mishap in Cuttack, one person was killed and eight were injured after an SUV rammed into a truck near Basta-Haladipada bypass in Balasore district on Wednesday morning.

The deceased was identified as Nira Bora, who died on the spot.

The accident took place on NH-60, when the occupants of the SUV were returning to Kolkata from Puri.

On Tuesday evening, as many as 10 persons were killed and 50 persons sustained injuries after a bus plunged off a bridge into the Mahanadi river bed in Cuttack.