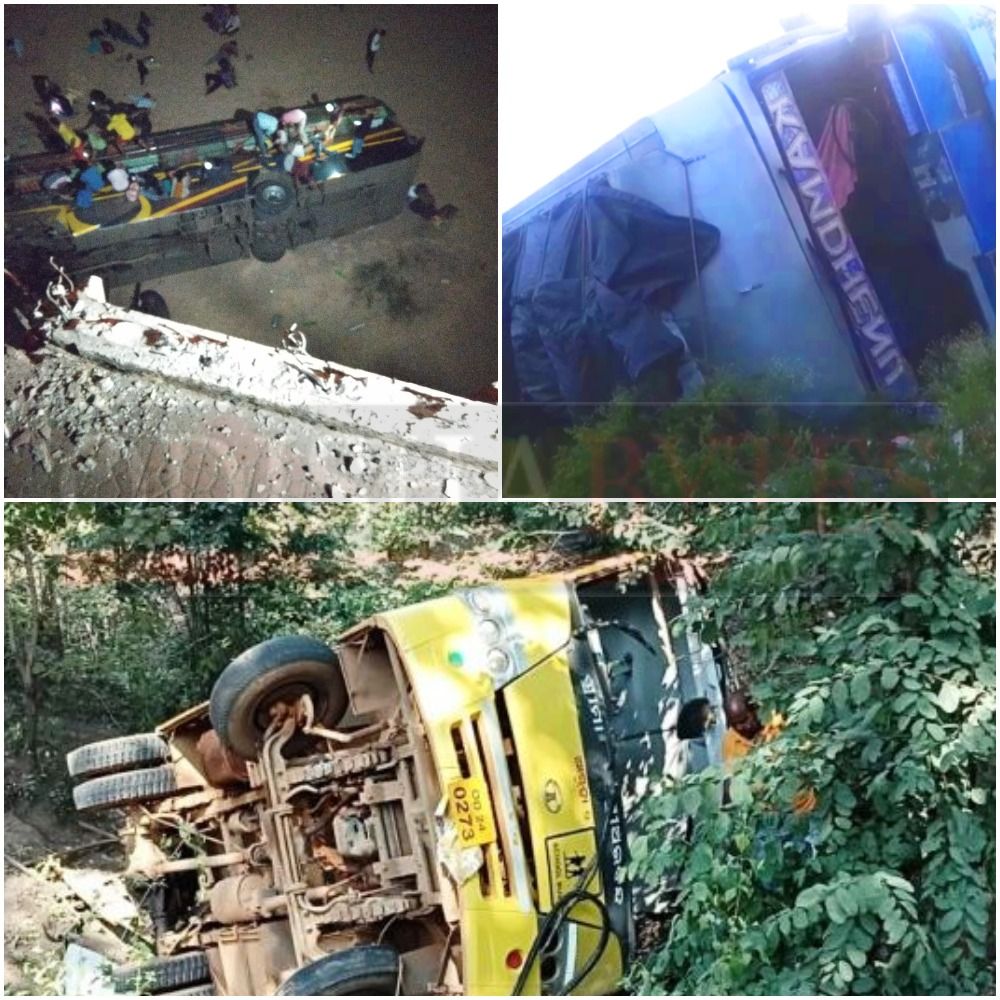 Bhubaneswar: Odisha has witnessed some major bus accidents in the past and the Tuesday tragedy on the Mahanadi bridge, which has so far seen loss of 10 lives, was the fourth in that series.

A total of 47 passengers had died and 20 seriously injured when a Cuttack-bound private bus ‘Kanak Durga’ from Korua in Kendrapara fell off the Mahanadi bridge after the front tyre suddenly burst at around 9.15 am on November 5, 1998.

The bodies of the passengers were later fished out of the water by the Fire Services personnel.

On April 17, 2016, a private bus, carrying artistes of Natashree Bharati Gananatya Opera, fell off Gailo ghat in Taleibani block of Deogarh district in the evening. A total of 27 persons were killed on the spot.

Similarly, 19 passengers died when a private bus ‘Maharaja’ fell off a bridge at Puruna Manatri in Athmallick block of Angul district on September 9, 2016.

One Killed, 8 Injured As SUV Hits Truck In Odisha’s Balasore