Onion Price Most Likely To Reach All-Time High In Odisha 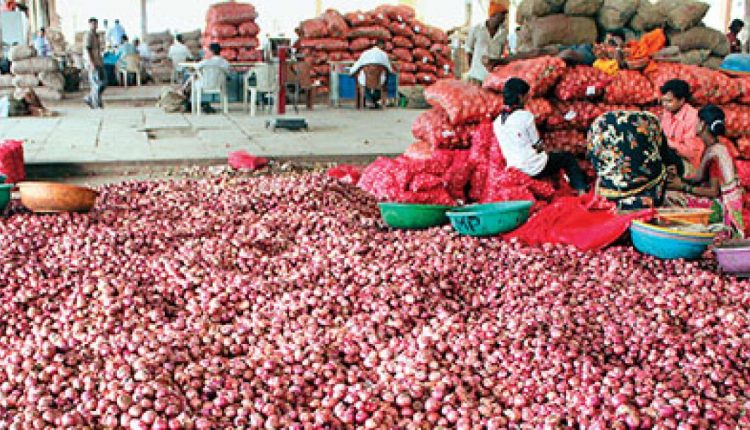 Bhubaneswar: In more woes for consumers, the price of onions is most likely to touch an all-time high in Odisha.

Talking to the media on Friday, the members of Chhatra Bazar Byabasai Sangha in Cuttack said the stock of red onions, which are imported to Odisha from Nasik, Maharashtra, has gone down and was selling at Rs 7,000 per quintal at present.

As a result, the cost of this onion in Odisha is most likely to cross Rs 100 a kg tentatively from next week, the traders said.

They, however, added that the price of onions will come down once they are harvested in Kurnool and Gudum districts of Andhra Pradesh and Nasik.

Also on Friday, the issue was raised in the Assembly with members cutting across party lines expressing grave concern over the steep price hike of onion and other essential commodities.

Food Supplies and Consumer Welfare Minister Ranendra Pratap Swain informed the House that there was less import of onions from Nasik and Kurnool this year due to unseasonal rainfall.

Jena said that his department was trying its best to regulate onion prices and continuing raids against hoarding.

They said there are basically two varies of onions being sold in the open market — .the red and dry onion imported from Nasik and the newly harvested variety imported from Andhra Pradesh.

While the Nasik onion was selling at Rs 75-80 a kg, the Andhra imports were priced at Rs 40-50 a kg. However, consumers are not willing to purchase the latter variety as most of the onions are damp and rotten.