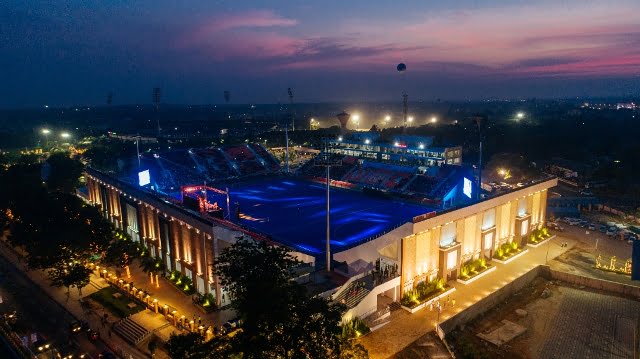 Bhubaneswar: Hockey India on Sunday announced that the online ticket sale for the grand opening ceremonies of Odisha Hockey Men’s World Cup Bhubaneswar 2018 will begin from 12 pm on November 20.

Hockey India made the announcement on its official Twitter handle this afternoon.

Around 10,500 tickets would be sold for the inaugural ceremony in Bhubaneswar and 30,000 tickets for the November 28 event, sources said.

Music maestro A R Rahman will be performing at both the venues, along with other Bollywood celebrities including Shah Rukh Khan.

The tickets will be available on http://ticketgenie.in/event/hwc-opening-ceremony.

Fans can choose redemption centres from multiple locations/ counters in Cuttack while booking their tickets for the event. The date for online redemption of the tickets will be announced in due course, the Hockey India said on its website.

The International Hockey Federation (FIH) on Friday had said that online sale of tickets for the inaugural ceremony of the World Cup scheduled at the Kalinga Stadium here would be announced 48 hours in advance.