OPHWC Deputy Manager In Vigilance Net; Raids At 10 Properties, One Worth Rs 4 Crore 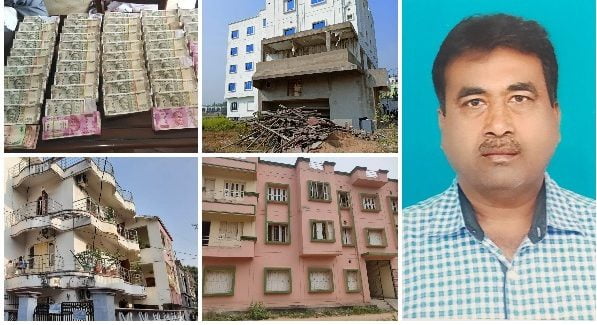 Bhubaneswar: Vigilance officials on Tuesday launched simultaneous raids and searches on the houses and properties of a senior Odisha Police Housing & Welfare Corporation (OPHWC) official. One of the properties in Bhubaneswar is valued at nearly Rs 4 crore.

The properties are located in Bhubaneswar, Balasore and Bhadrak. The raids are being carried out following allegations that Samal has accumulated wealth disproportionate to his known sources of income.

Among the properties being raided are:

* Two properties at Jayadev Vihar, Bhubaneswar. One of them is a six-storied building located opposite Biju Pattanaik College Chhak.

* Ground plus three-storied building named Ananya Towers located at Balisahi, Basudevpur, over plot no. 612/7821, in Bhadrak.

* Properties at Haripur in Simulia, Balasore.

Samal, born in 1968, completed his Diploma in Civil Engineering from Barapada School of Engineering, Bhadrak, in 1987. He joined OPHWC in 1988 as a Junior Engineer at its Bhubaneswar Head Office.

He has also worked at Kendrapara, Debagarh, Rourkela, Bolangir, Keonjhar and Cuttack. He came back to Bhubaneswar in 2019.

Two Of Bhubaneswar Among 3 More COVID Casualties In Odisha