Opposition Up In Arms: Nawaz Sharif Calls Pakistan Army A ‘State Above The State’ 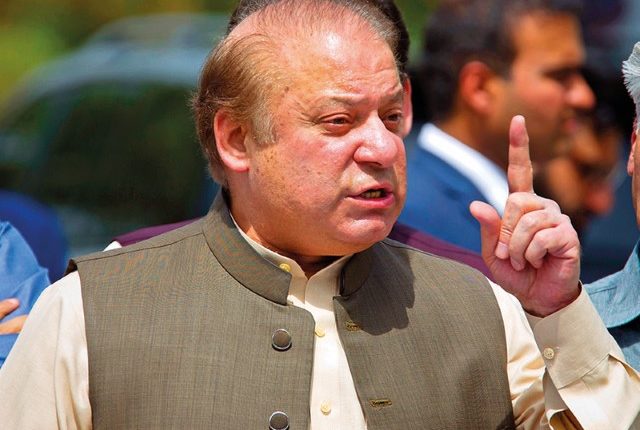 Karachi: In a virtual ‘revolt’, Pakistan’s Opposition parties have demanded an end to interference by the country’s military leaders in politics.

Former Prime Minister Nawaz Sharif even went to the extent of saying the Pakistani army has gone from a ‘state within a state’ to a ‘state above the state’, the Hindustan Times reported.

Over the years, Pakistan has either been headed by a military dictator or governed by an elected government which is actually run by the military, Sharif said in a hard-hitting speech during a conference attended by leaders of all major opposition parties.

Sharif, who belongs to PML-N party, addressed the All Parties Conference — organised by Bilawal Bhutto Zardari of Pakistan People’s Party — via video conference from London where he is undergoing medical treatment.

Significantly, parts of the conference proceedings were censored by local TV channels.

Sharif observed that the military’s interference has reached a point where, from being a state within a state, Pakistan was now a state above the state. “This is the root cause of all our problems,” he said.

“Our struggle isn’t against (Prime Minister) Imran Khan but with the forces that have installed his illegitimate government to power,” said Sharif.

Political leaders have been victimised in the name of accountability, while army dictators got away despite subverting the Constitution and committing all sorts of crimes, Sharif added.

He blasted the Imran Khan government, saying that Pakistan has become internationally isolated now. “The Indian government took advantage of the weak and incompetent government to swallow Kashmir,” he alleged. “Even Pakistan’s friends did not stand by it when it protested.”

Sharif pointed out that Pakistan’s economy had crashed, inflation is up and economic growth had plunged significantly.

“When the economy is weak, the country will be unable to defend itself from external aggression,” he warned.