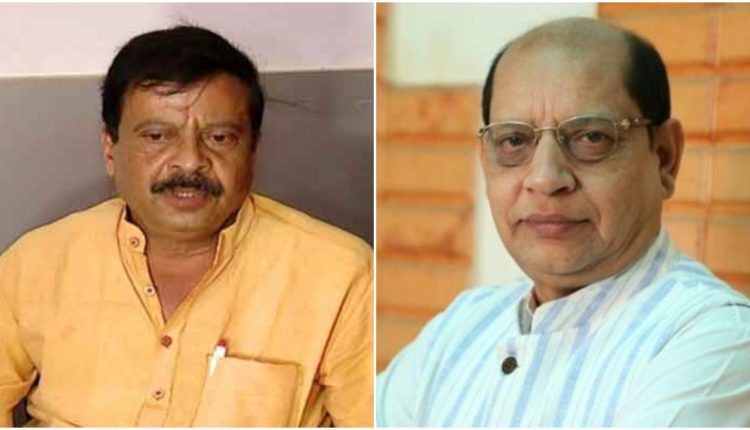 Bhubaneswar: The BJP and the BJD on Sunday held their ground on the passing of the Farm Bills in Rajya Sabha.

Slamming the BJD for opposing the bills, BJP MP Suresh Pujari said the Centre had brought the bills to abolish the role of middleman during paddy procurement at mandis and help farmers get the actual minimum support price (MSP) for their produce. “The passing of the bills has made India one nation, one market for the farmers and facilitated the e-market system thus enabling them to sell their produce at the nearest mandi,” he said.

He alleged that the ruling party of Odisha was against the bills since all regulated market committees (RMCs) in the state are now being run by the BJD.

“In collusion with the Cooperation Department, Revenue Department and the Agriculture Department, the RMCs had deliberately deprived the farmers of their legitimate MSP. As a result, there was a statewide agitation by the farmers,” he said.

On BJD’s demand to refer the bills to the Select Committee for an intense deliberation on safeguarding interests of small and marginal farmers, Pujari expressed doubts on whether the regional party members had thoroughly gone through the provisions enshrined in the bills.

“The bills will immensely benefit small and marginal farmers. It does not matter whether he is a small, marginal or big farmer as all of them will have the right to sell their produce at any mandi and get their actual MSP. The BJD had opposed the bills since this will a stop to its practice of collecting money from farmers,” he said.

The BJP leader also came down heavily on the state government for its faulty agriculture policy. “Why the state government stopped the KALIA scheme midway? Why it did not give the list of the farmers to the Centre under the Kishan Nidhi Yojana. While about 37 lakh farmers of Odisha received the benefits of the Yojana in the first phase, why their number came down to 20 lakh in the sixth phase? From this, it is clear that you are neither serious about the welfare of the farmers and nor willing to allow the Centre to do it,” he pointed out.

Pujari further alleged that the BJD probably wanted to strike a deal with the Centre for passing the Farm Bills in exchange for protection against CBI raids on its leaders in the chit fund scam.

“Let me make it clear that the BJP never indulges in such dirty bargains. The law will take its own course and the CBI will do its duty,” he maintained.

In his reaction, BJD Rajya Sabha member Prasanna Acharya said he does not want to give any political statement on the passing of the Farm Bills.

Stating that BJD has always done its best for the welfare of the farmers, he said the bills have some good provisions, but some of them lack clarity for which the party demanded that it be referred to the Select Committee. “The BJD does not support the pandemonium that unfortunately took place in the Upper House today,” he added.

On Pujari’s comments on the CBI raid, Acharya said that the BJD had never opposed them.

Opposition Up In Arms: Nawaz Sharif Calls Pakistan Army A ‘State Above The State’