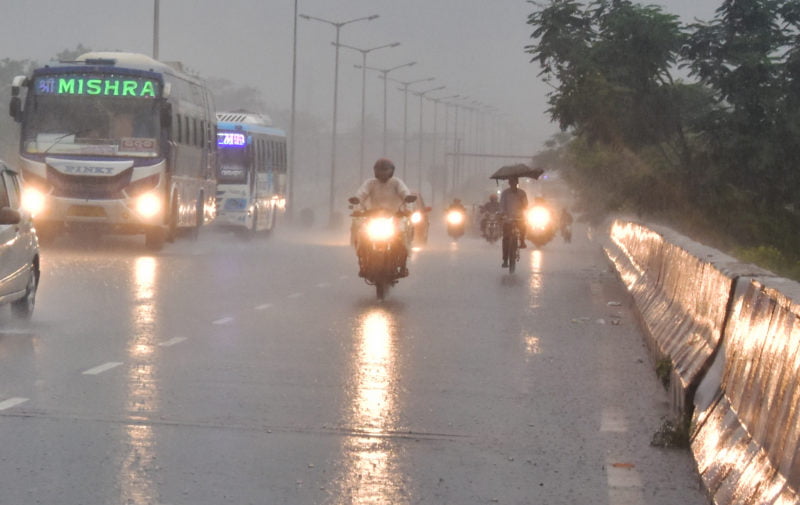 Bhubaneswar: The regional centre of the India Meteorological Department (IMD) has forecast moderate rain/thundershowers with one or two intense/heavy spells of rain in some parts of six districts of Odisha.

This weather condition will prevail in Cuttack (including Cuttack city, Khurda (including Bhubaneswar), Puri, Jagatsinghpur, Kendrapada and Mayurbhanj for the next three hours till 7.45 pm on Thursday.

The Met Office has warned about waterlogging in low-lying areas, occasionally poor visibility and traffic disruption in the urban areas. “Avoid movement in the affected area and do arrangements for drainage of excess water,” it said.

Yellow warning of heavy rain has also been issued for the twin cities till 8.30 am on Friday.

People in these districts have been advised to keep a watch on the weather and accordingly move to safer places to protect themselves from lightning strikes.