Ordinance Will Not Undermine Autonomy Of Odisha Universities: Minister 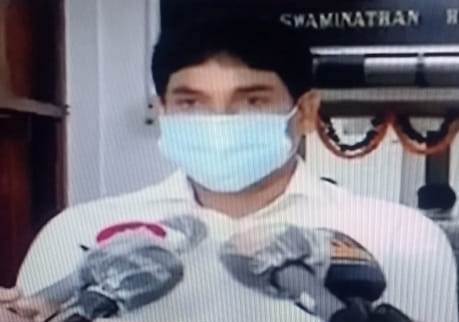 Bhubaneswar: Higher Education minister Arun Kumar Sahu on Sunday assured that the reforms brought in higher education through an Ordinance will not undermine the autonomy of the universities in Odisha.

Unlike states like Gujarat, West Bengal, Karnataka, Telangana, Maharashtra, Punjab, Andhra Pradesh and Bihar, the Odisha government has no role in the selection of the vice-chancellor, he noted.

Stating that the Odisha Public Service Commission (OPSC) has been entrusted the appointment of university teachers to expedite the process, Sahu said as the number of universities in the state has gone up, there is a continuous process for the selection of teachers for which the universities have to make huge expenditure. Since the selection of the teachers is a time-consuming process, the government has assigned the responsibility to the OPSC to expedite it in a transparent manner.

Referring to the appointment to the non-teaching posts, the minister said it has become difficult for the universities to take up the process considering the large number of candidates applying for these posts. Even before the ordinance, 6-7 universities had requested the State Selection Board (SSB) for the recruitment of the non-teaching staffers after obtaining the prior approval of the Chancellor. The ordinance has relieved these universities of the onerous recruitment process.

On the abolition of the senate, Sahu said as the senate has no role in the management of the university and does not meet in any university for several years, the government abolished it through the ordinance and reconstituted the syndicate.  The vice-chancellor will remain as the chairperson of the syndicate as before, he added.

Participating in the webinar, commissioner-cum-secretary Saswat Mishra gave a comparative analysis of the existing Universities Act in other states.

About 1000 academicians took part in the webinar.