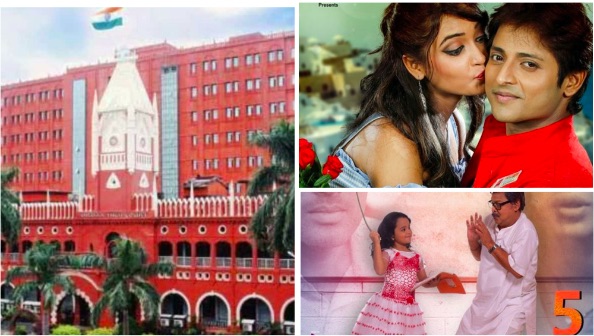 Cuttack: The Orissa High Court has nullified the 31st Odisha State Film Awards 2019 declared by the Odisha government in November 2021. The authorities have been asked to publish a fresh list of nominations in accordance with the rules that govern the procedure within a month by excluding two movies, which are not original works.

“Movies – ‘Khusi’ and ‘Golmal Love’ – shall not be considered for any award category in the fresh list,” the single judge bench of Justice SK Panigrahi said in his January 11 judgment, the full text of which was made available on Wednesday

Odia film director Bobby Islam had challenged the legality of the selection list on grounds that it violated Odisha State Awards for Films Rules, 2010, after the department of Odia Language, Literature and Culture, which confers the State Film Awards, published the final selection list on November 5, 2021.  The jury had selected ‘Khusi’, a remake of Korean film ‘Hope’ for awards in best actor, best actress, best editor and best child artist categories. Similarly, ‘Golmal Love’, a remake of Punjabi film ‘Carry on Jatta’ was nominated in the best comedy artist category, the petition had alleged.

“Considering a comparison of the impugned films with the plot and scenes in the Korean film ‘Hope’ and Punjabi film ‘Carry on Jatta’, it is clear that from the plethora of facts, circumstances and stated overlap that the impugned motion films are uncredited remakes of the aforementioned non-Odia films,” Justice Panugrahi said.

The court further observed that the two movies have been manipulated slightly to evade the scanner of an uncanny resemblance. Otherwise, the movies are scene-by-scene copies of the impugned non-Odia films.

“The manner in which the impugned films were considered and declared winners of the prestigious Odia State Cine Awards is a matter of great embarrassment and concern for the Odia cinema and artiste community,” it added.

Justice Panigrahi also said irregularities, in this case, could easily have been avoided had the jury been a little more vigilant and mindful of their position of great responsibility. “The jury members are great stalwarts of Odia cinema and nothing but the highest standards of integrity and vision is expected of them. I firmly believe that the jury would be impartial and truthful in their approach and strive to represent a vision of evolutionary creativity that is espoused in the industry.”

Owing to the controversy, the court on December 13, 2021, asked the state government to postpone the 31st Odisha State Film Awards 2019 ceremony till the final disposal of the petition.

Beating Retreat Ceremony To Get Indian Flavour With Classical Ragas