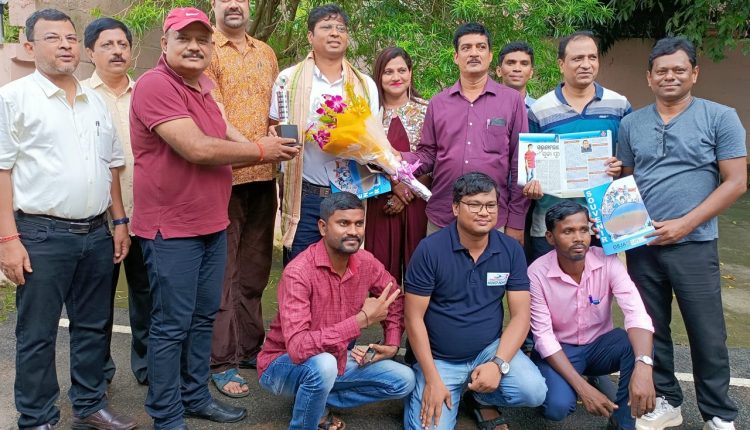 The members of the OSJA, led by its president Sandeep Mishra, felicitated Dilip with a memento, an uttariya and a bouquet at his residence in Unit 8 in Bhubaneswar. Several political leaders and sportspersons also met him to extend their best wishes. They included Indian hockey team members Amit Rohidas and Dipsan Tirkey and  Olympian Anuradha Biswal and her daughter and junior athlete Ansika.

During an interaction with the visitors, Dilip said his immediate task is to ensure success of the Men’s Hockey World Cup to be hosted by Odisha in January next year. On his future plans, Dilip said he would strive to promote the talents in Bhopal, Hyderabad and Lucknow which were cradles of hockey.