OSRTC Buses To Ply In Green Zone Districts Of Odisha 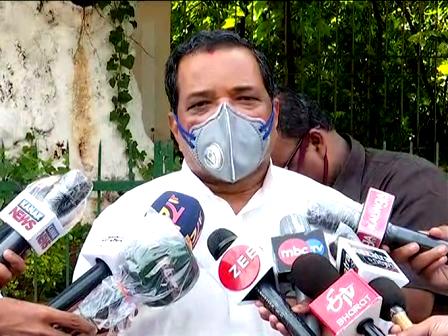 Briefing the media here, Commerce and Transport Minister Padmanabha Behera said that the state government has allowed OSRTC buses to ply in the districts, which have been declared green zones.

“These buses will run with 50 per cent capacity in accordance with the social distancing guidelines. But the passengers will have to pay double the bus fare,” he added.

Asked whether the All Odisha Private Bus Owners’ Association has agreed to the proposal of the state government to run the buses with 50 per cent capacity, Behera said that the government has given the proposal to the Association. But there has been no reply till date.

To a question on whether the government will allow the city buses to ply in the twin cities of Cuttack and Bhubaneswar, the minister said no city buses will run in Bhubaneswar as the capital city comes under the red zone category.

“As an exception, the government has allowed the plying of an OSRTC bus between Cuttack and Bhubaneswar only for government employees. But it will not allow any private city bus to run in the capital city,” the minister pointed out.

OSRTC Buses To Run On 24 Routes In Odisha From Tomorrow

Govt Buses To Stop Plying On 20 Routes In Odisha

Bus Services Likely To Normalise In Odisha By June 1:…