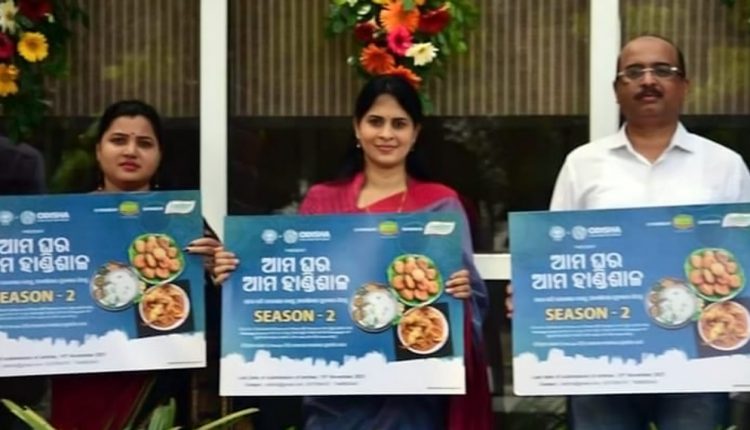 Dedicating the second edition to Odia people, OTDC chairperson Srimayi Mishra said the government was encouraged by the overwhelming response to the first edition, and hoped the second would also be welcomed by connoisseurs of Odia food.

Ananda Bazar in Jagannath Temple of Puri is the largest kitchen in the world and this is the pride of Odisha, she said and added that Odias have more festivals than months in their calendar when the people prepare multiple cuisines to offer to their deities.

When leaders of national repute visit the State, Patnaik takes care to entertain them with Odia recipes at his Naveen Niwas residence, she elaborated.

OTDC Managing Director and State Tourism Director Ramachandra Yadav said the competition was intended to encourage culionary talents of women amid Covid restrictions and the event turned out to be an astounding success. At least 40 participants would be chosen by a panel of judges and they would be toured round various tourist places where their cuisines would be videographed, he said.