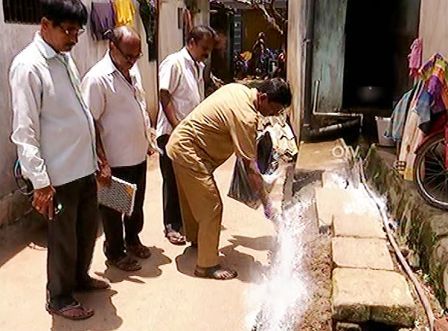 Cuttack: Panic has gripped the Millennium City following the outbreak of jaundice.

According to sources, about a dozen of people have been affected by the water-borne virus at Kesharpur, Kansei Gali and Akhada Gali in ward no-25.

While a patient has reportedly died of the disease, sources said that the number of those affected is much higher as most of them are being treated at home.

People alleged that the spread of the disease in their area is due to the contaminated water.

Cuttack Municipal Corporation (CMC) Commissioner Ananya Das said the Public Health Organisation officials have repaired the water pipes at all locations in the city and put up bleaching powder for decontamination of water.

Apart from this, halogen tablets are being distributed to each household in the city to purify the drinking water, she added.

Which Is The Top Selling Bike In India? No, It’s Not Honda Activa