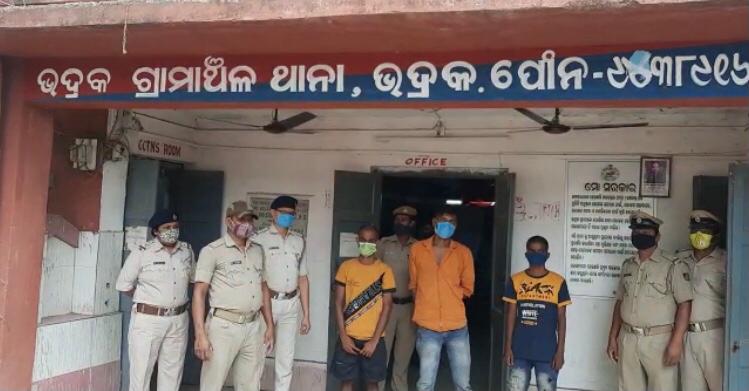 Bhadrak: Rural police of Bhadrak district seized over 10-gram brown sugar while checking masks on NH-16 near Ranital here on Thursday. Three persons were also arrested in this connection.

According to police sources, the incident took place while the accused persons were trading brown sugar in a car from Jaleswar to Bhadrak. The car driver tried to speed away after spotting the police. They were caught near the railway level crossing.

Two knives, a stick, a sword and two toy guns were seized from their possession.

The main trader managed to give police the slip. A manhunt has been launched to nab him.