Over 30 Kg Ganja Seized From Passenger Bus In Odisha 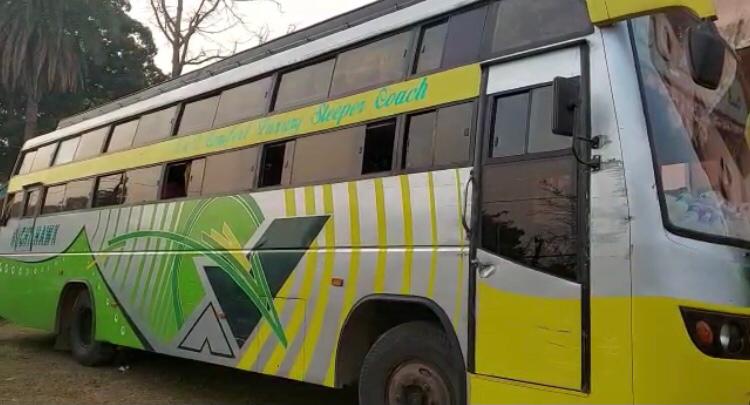 Nabarangpur: Maidalapur Police in Odisha’s Nabarangpur district seized over 30 kg ganja from two peddlers, who were travelling in a bus, on Friday.

According to sources, a man and a woman were caught smuggling ganja in three bags. These were kept in the luggage box of the vehicle.

The accused have been identified as Sushama Guntha of Damanjodi and Nanda Kumar of Bihar. They have been detained by police for interrogation.

Following the raid, the other passengers were shifted to another bus.  They were on their way to Sambalpur from Damanjodi in Koraput district.