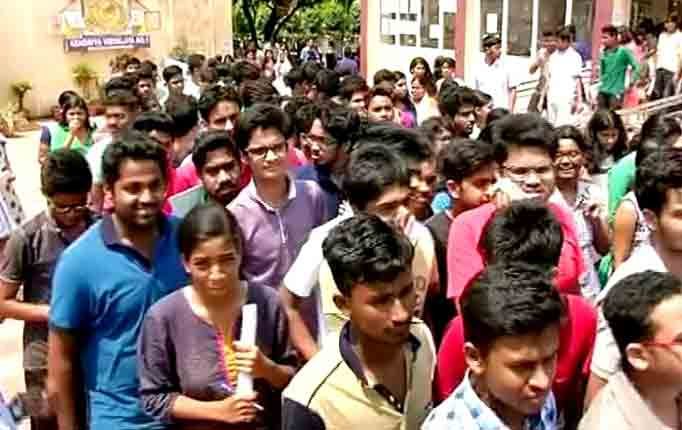 Union Education minister Ramesh Pokhriyal has thanked the NTA Director General and the Chief Ministers of all the states for the smooth conduct of the test with strict adherence to COVID-19 guidelines.

NTA informed me that around 85-90% students appeared in #NEET exam today. I sincerely thank all Chief Ministers and @DG_NTA for proper arrangements made to facilitate student participation. #NEET participation reflects the tenacity and grit of young #AtmaNirbharBharat .

Informing the media, NEET state convener Palli Patnaik said there was no untoward incident in any of the 83 centres in the state during the test. Confirming that no COVID-afflicted student appeared for the test at any centre, she said though isolation rooms were earmarked in each centre for the students having mild symptoms, no student was found to have such symptoms.

Patnaik further said that adequate arrangements were made for more than 1500 students and their parents and guardians who had stayed in the hostels of the five engineering colleges in Bhubaneswar. The state government had provided special buses, taxis and auto-rickshaws to ferry them to their respective examination centres.

Kangana Meets Maharashtra Governor, Complains About ‘Injustice’ Done To Her