Kangana Meets Maharashtra Governor, Complains About ‘Injustice’ Done To Her 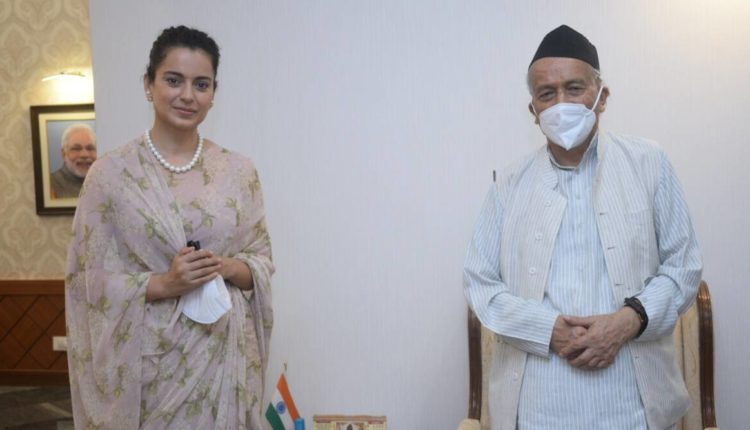 Mumbai: Kangana Ranaut met Maharashtra Governor Bhagat Singh Koshyari on Sunday and complained about the “injustice” being meted out to her by the state government.

“I met the Governor, he heard me as a daughter. I came to meet him as a citizen… I have nothing to do with politics,” the Bollywood actress told reporters after the meeting at the Raj Bhavan.

“I told him about the injustice meted out to me and what happened was improper. It was indecent behaviour,” the ‘Queen’ actress added.

Kangana and the Shiv Sena have been involved in a war of words since the actress compared Mumbai to “Pakistan-occupied-Kashmir (PoK)” and said she feared Mumbai Police “more than the movie mafia”.

Having returned to the city from her home state Himachal Pradesh on Wednesday, Kangana has been criticising the state government after civic authorities demolished “unauthorised” portions of her office.

She also accused Chief Minister Uddhav Thackeray of “misusing power”, and declared that her voice wouldn’t be suppressed.

The Shiv Sena government criticised the Centre’s decision to oblige Kangana by providing her Y-plus security and alleged there was a conspiracy “to separate Mumbai from Maharashtra” by defaming and damaging Mumbai and weakening its economy.

Photoshoot At A Railway Station That Will Tickle Your Funny Bones!