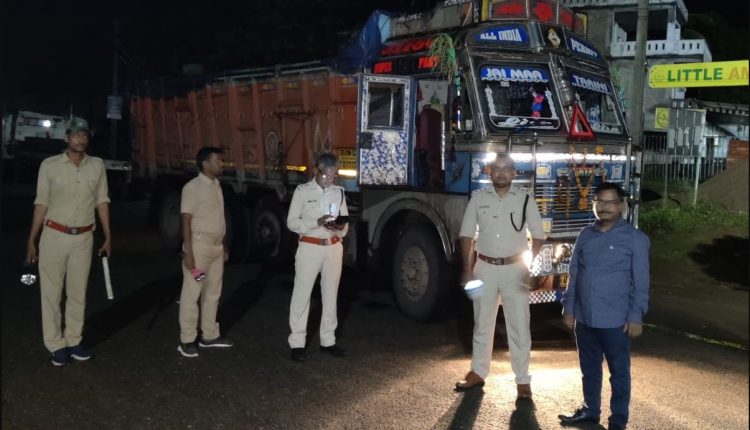 Cuttack: On first day of the special drive against overloaded vehicles in Odisha, the State Transport Authority (STA) collected more than Rs 4 lakh as penalty from those found flouting the norms on Tuesday.

According to the Motor Vehicle Amendment Act 2019, the violators will be penalised under Section 194 (l). Overloading of vehicles would attract a penalty of Rs 20,000 and additional fine of Rs 2,000 per extra tonne. Besides, the DLs may be disqualified for three months.

Lalmohan Sethi, Additional Commissioner Transport, Enforcement & Road Safety said, “The six-drive is being extensively carried out throughout the state with special focus on the regions having industrial and mining activities where goods vehicles are found not complying with the rules causing accidents.”

The special drive will continue till September 25. Enforcement squads have been asked to conduct such drives at regular intervals, he added.

It may be noted that 1,442 accidents took place due to overloaded/hanging vehicles in 2021. While 673 people were killed due to the load condition of the vehicles, 834 persons were grievously injured in accidents involving overloaded vehicles.

Fines were imposed against other vehicles for various offences. Total 800 e-challans were issued for flouting other MV rules, 26 vehicles were detained and compounding fees of Rs 7,78,120 was collected.

Section 144 In This Odisha Town As Tension Erupts During Eviction