OdishaCoronavirus
By OB Bureau On Jul 7, 2021 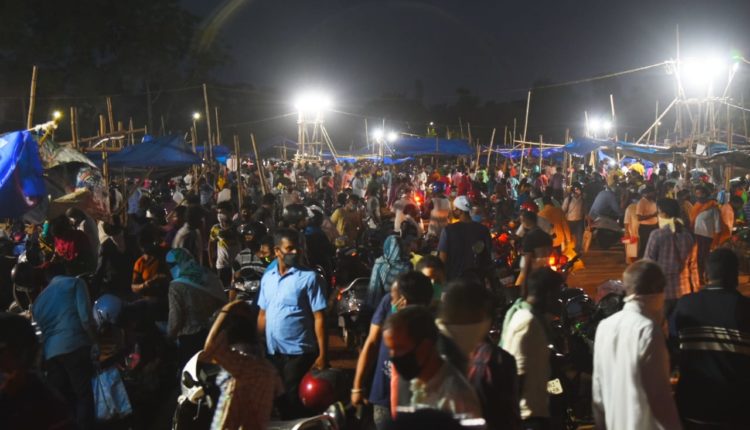 Bhubaneswar: Odisha might witness an early onset of COVID third wave if overcrowding in districts, where restrictions have been lifted, continues, Health Services Director Bijay Mohapatra said on Wednesday.

“The third wave is likely to arrive in the state around September. But it can hit us early if people do not follow the COVID appropriate behaviour and avoid unnecessary movement. Many shops and markets have been sealed in the last five to six days after a huge crowd gathered at these places,” he said.

Mohapatra further said the rate of infection has declined in the state. “People have to follow the guidelines strictly to avoid it from flaring up again,” he said,

The Test Positivity Rate has remained below 4 per cent in the state for the last three days.

Amid the declining cases and test positivity rate, the Odisha government had announced unlock measures in 20 districts, where shops are allowed to remain open from 6 am to 6 pm. Daily market and weekly haat have also resumed at these places, along with outdoor and indoor shooting.

Quoting a recent study, he said that only 0.13 per cent of the total beneficiaries, who received the first and second dose of the vaccine, have tested positive for COVID.

On vaccination of expectant mothers, he said, “There is specific SOP for the inoculation of pregnant women as it may affect the baby and we gradually start the drive.”

The government has identified 9,31,825 pregnant women for vaccination and they will be inoculated after the training session of the inoculators, sources said.