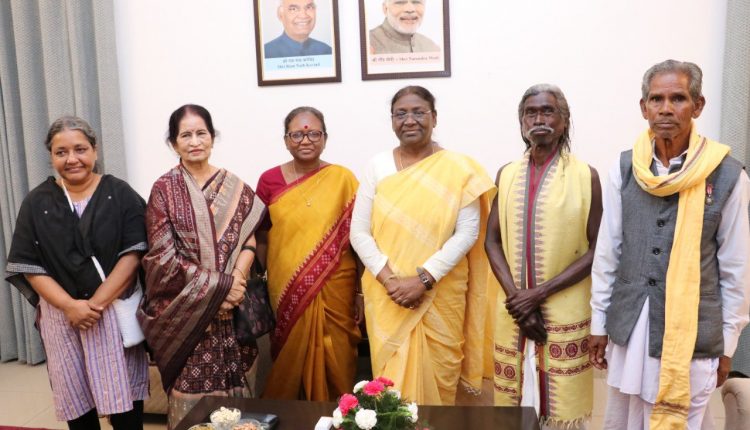 Union Education Minister Dharmendra Pradhan, who shared the pictures of the meeting in a tweet, titled it as “Pride of Odisha all in one frame”.

“Padma awardees and tribal icons from Odisha felicitated Smt. Droupadi Murmu today. Smt. Murmu’s win shows the vibrancy of our democracy. This is a matter of great joy and honour for Odisha, especially for those working at the grassroots,” said Pradhan in the tweet. 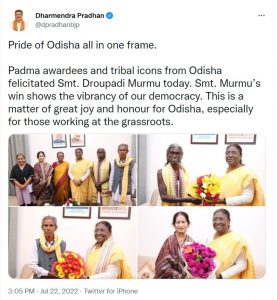 Murmu, belonging to a tribal community in Mayrubhaj district of Odisha, was elected as 15th President of India. As NDA candidate, she defeated opposition nominee Yashwant Sinha in the election whose results were announced on Thursday.