Pakistan Running Out Of Options On Kashmir 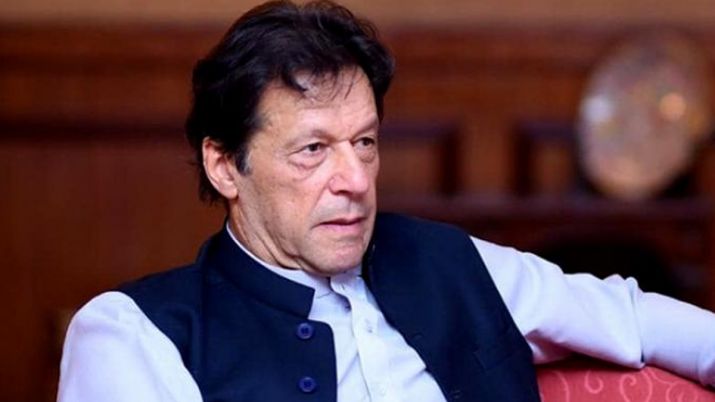 Pakistan is being left with hardly any effective option to deal with the Kashmir issue in face of a resurgent rightist hardline Hindu majoritarian India.

With a strong Narendra Modi at the helm in India, Pakistan cannot foment any major terrorist activity as it is wont to in the valley because definite decisive and debilitating counter attack is a certainty. India is no more hesitating and timid.

This change was further highlighted by Defence Minister Rajnath Singh’s recent comment that the “no nuclear first use” dictum may not be sacrosanct and can be reviewed in future depending on the situation. India clearly is in no mood to be cowed down by any kind of threats anymore, including the veiled threat of nuclear war by Pakistani PM Imran Khan.

Given the broad historical truth that no nation voluntarily gives up on its territory, the question is will Pakistan resolve the Jammu and Kashmir issue militarily?

Record shows that in all the previous wars with India, Pakistan has not been able to get a decisive victory. It would be foolhardy for Imran Khan to indulge in any kind of adventurism at this stage despite all the bravado he may show.

No wonder a frustrated Imran Khan is reported to have responded to calls for action bursting out “What shall I do? Declare war?” A war between two nuclear states is no real option today.

The dismemberment and creation of Bangladesh must be rankling Pakistan, but all its attempts at wresting away J&K by any means has so far ended in failure during the last several decades.

With the removal of Article 370 and 35 A and J&K becoming a Union Territory, it will be all the more difficult to create chasms and rifts between mainland India and J&K. The central government will be directly monitoring and responsible for all activities in the UT.

If the military option is ruled out, then the next option for Pakistan is to put international diplomatic pressure on India to roll back its recent decisions on J&K and eventually force India to bow down and be ready for some kind of a settlement on the issue.

But for making one’s voice heard in the international forum and persuading nations to take up your cause is an uphill task for which the country’s own stature and stand must be very high internationally.

That Pakistan is run by its military establishment is an open secret, Pakistan is also known for harbouring terrorists, its human rights record is abysmal as far as its own citizens and minorities are concerned, its economy is going on a downward spiral towards economic collapse, one third population lives below poverty line and there is rampant corruption.

However, Pakistan did attempt to make moves on the diplomatic arena, but then there have been no significant outcomes.

India’s firm stand that scrapping of Article 370 and 35 A were entirely an “internal matter” aimed at providing  good governance, promoting social justice and ensuring economic development in J&K has been basically accepted by most countries.

On the larger issue of the Kashmir dispute too, India has stuck to its stand that any talks or discussion will only be held “bilaterally” and no third party intervention will be acceptable. Something which Bhutto and Indira Gandhi had pledged in the Shimla Accord.

With China’s help, Pakistan was able to convene a closed door meeting of the Security Council on the issue, but then the UNSC refused to hold a formal meeting and also refused to issue any statement.

Therefore Pakistan’s attempt to internationalise the issue has not received much of headway.

China, supposedly the closest ally of Pakistan, has kept its reactions extremely controlled and not come out with any kind of outburst which would ruffle India’s feathers.

It has very diplomatically pointed out that India and Pakistan can resolve the disputes through peaceful means and in a big brotherly fashion has urged both parties that no unilateral action should be taken to complicate the regional situation. Clearly China is not in favour of escalating the issue.

As far as the US is concerned, Pakistan does not seem to have got anything more from it then the usual platitude regarding maintaining “calm and restraint, including on rhetoric”.

US President Donald Trump’s neutral stand on the issue further erodes any hopes Pakistan may have got of support from USA.

Meanwhile what has come as a big diplomatic blow to Pakistan is the fact that during Modi-Trump meeting on the sidelines of G-7 meeting, the Indian PM put an end to any attempt at mediation (as earlier suggested by Trump) by declaring that India had many pending issues which are bilateral with Pakistan and India did not believe in bothering other countries for these, “we will find solutions ourselves.”

The fact that Trump endorsed this view is important, but the fact it happened in full global media glare and at the G-7 Summit, which consists of  the advanced countries of the world like Canada, France, Germany, Italy, Japan, US and UK, makes it all the more galling for Pakistan.

Trump clearly backed off from the keenness he showed earlier to mediate on J&K if both parties (Pakistan and India) were willing. Even though Pakistan wished Trump to take a hardline on India during his meeting with Modi, but that did not happen.

The agenda for Indo-US meet was strategic partnership between US and India and how they can cooperate more closely on issues like “defence cooperation, counter terrorism and trade.”

Interestingly, with Washington DC looking towards closer ties with New Delhi and India reducing tariffs and opening its market for US products, USA was in no mood to antagonize India however much this may be disliked by Pakistan.

French President Emmanuel Macron has openly come in support of India’s stand on Article 370, saying that the matter fell “in their (India) sovereignty”.

He pointed out that Pakistan and India will have to find a solution together and no third party should interfere or incite violence.

Russia and UK too have broadly supported India’s stand and would not like to meddle in India’s “internal matter” and would like J&K issue to be settled “bilaterally”.

However, Russia’s additional point that the resolution of J&K issue be under relevant UN resolutions may give some false solace to Pakistan. Pakistan knows too well that Shimla Agreement and Lahore Declaration virtually preclude this.

Even the Arab world has not come out with any condemnation for India’s actions as Pakistan would have hoped for. United Arab Emirates has backed India by calling the move an “internal matter” and Kuwait, Oman, and Qatar have refrained from issuing any public statement.

Pakistani leaders are now talking in terms of knocking on the doors of the International Court of Justice or raising it at the UN General Assembly. Much of it is clearly to assuage and address the local populace in Pakistan.

Imran Khan posed nuclear threat making statements like “If conflict moves towards war then remember both nations have nuclear weapons and no one is a winner in nuclear war and it has global ramifications. Superpowers of the world have a huge responsibility, whether they support us or not Pakistan will go to every extent.”

Pakistan is talking in terms of banning the country’s air space and use of land route for Indian flights and trade to Afghanistan.

With little outside support, Imran has asked Pakistan as a nation to stand by Kashmir and also gone ahead and declared himself the ambassador of Kashmir and said that he “will fight the case for freedom of Kashmir till the very end”.

But then there is nothing new in this apart from the fact that Pakistan is no more covert about its ambitions about Kashmir, which is an integral part of India.

Will Brexit Be A Boon For South African Cricket Against Kolpak Blow?