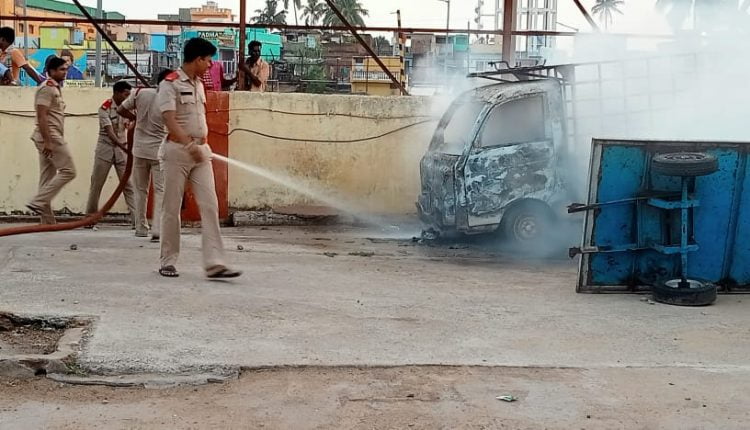 Puri: Panic spread among passengers in Puri railway station as a four-wheeler caught fire on its premises on Wednesday.

According to sources, a pick-up van was parked near the parcel office of the railway station for some days. The vehicle, which did not have anybody inside it, suddenly caught fire in the afternoon.

As the entire vehicle was engulfed by fire in no time, tension spread among passengers in fear of explosion of its oil tank. After failing to control the fire, the Railway authorities called up Fire Brigade for assistance.

The Fire personnel rushed to the spot and extinguished the fire. Nobody was injured in the incident. But the vehicle turned into ashes.

It has not been confirmed why the van was parked on railway station premises and who is its owner.

The GRP has filed a case in connection with fire incident and launched an investigation.