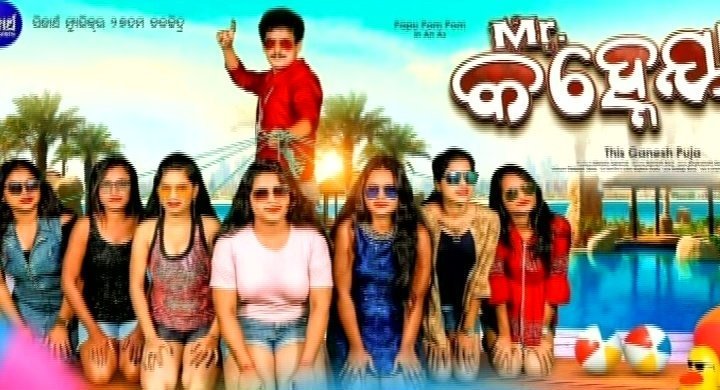 Bhubaneswar: A day after a ‘misogynistic’ film poster of his upcoming movie ‘Mr Kaneihya’ created a flutter on social media for all the wrong reasons, actor-comedian Papu Pom Pom on Sunday denied any role in its release.

A case has been registered against the actor, director and producer of the movie at Mahila Police Station in the city for allegedly depicting women in poor light. In the poster, Papu is seen holding multiple girls with a rope tied to their necks.

Dissociating himself from the controversial poster, the actor said he had shown no disrespect to any woman and the case registered against them was unfortunate. “This is not my concept and it is not the official poster of the film. I should not be blamed for this,” he said.

Besides the police complaint, activist Linkan Subudhi has also lodged a complaint with the Odisha State Commission For Women, demanding action against the actor, producer and director of the movie as well as a ban on the movie.

Papu further said there should be a probe to find out the real culprits behind this slur campaign against him. “Someone must have clicked some photographs during the shooting of the movie and made a poster of it. My image has been morphed on the poster,” he alleged.

Director of the film, Ramesh Rout had earlier tried to douse the controversy, stating that this was not the official poster of the movie and some fan must have created and released it.

Meanwhile, DCP, Bubaneswar, Anup Sahoo said that probe was underway to trace the source of the poster and those who uploaded it on social media. A notice will be served to the production house, he added.