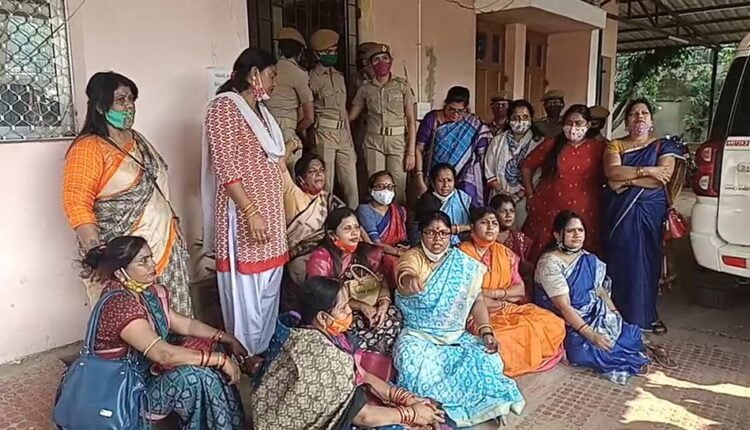 Bhubaneswar: Members of BJP Mahila Morcha staged a sit-in in front of the Odisha State Commission for Protection of Child Rights (OSCPCR) office here on Monday over the murder of Pari, a five-year-old girl of Nayagarh district, and other cases of missing minor girls in the state.

Led by Smruti Patnaik, party leaders and workers also tried to barge into the office but were stopped by police.

Alleging that OSCPCR is shielding the Minister instead of acting fast and providing justice to Pari’s parents, a leader of the BJP Mahila Morcha said “OSCPCR chairperson had earlier said that the minor girl might have been sacrificed. However, an audio clip of minister Arun Kumar Sahoo pertaining to the case had come to fore. It seems that the OSCPCR chairperson is shielding the minister.”

On the other hand, many Congress workers led by senior leaders Pradeep Majhi and Bijayalaxmi Sahoo staged protest in front of the office over the issue of the death of the minor girl.