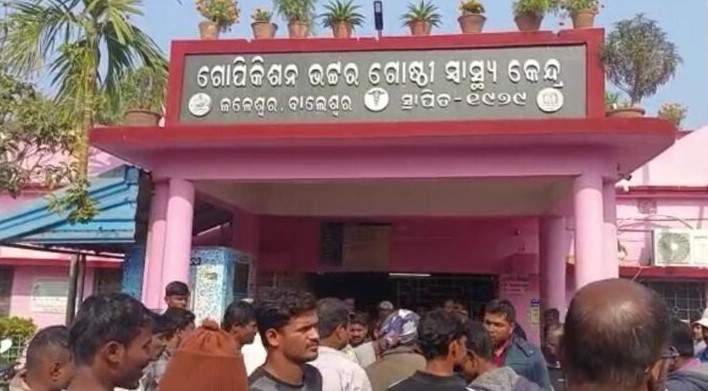 Balasore: In yet another instance of attack on medical staff for alleged negligence, the relatives of a patient assaulted a doctor of a CHC in Odisha’s Balasore district on Tuesday.

As per reports, Akshay Jena, a resident of Nampo area of Jaleswar in the district was admitted to Gopikishan Bhattar community health centre (CHC) in the town for treatment in the morning. But he succumbed to illness during treatment.

On getting information about Akshay’s death, his relatives and local people came to the CHC and accused the hospital staff including the doctor on duty, Sanjay Panda, of neglecting in attending to the patient in time which led to his death.

Though the CHC staff tried to convince the villagers the reasons for the patient’s death, the latter were in no mood to listen to them. Following heated argument for some time, the agitated locals assaulted Dr Sanjay. However, he managed to escape from the place with protection of other staff.

But the locals staged a dharna inside the hospital demanding stern action against the doctor for alleged negligence in treatment. On being informed, police went to the hospital and brought the situation under control. The locals withdrew the agitation after being assured of a probe into the matter.

It may be noted that tension prevailed in Saheed Laxman Nayak Medical College and Hospital (LCNMCH) in Koraput after relatives of a patient assaulted a doctor on Sunday. The patient, a victim of road accident, had died in the hospital.