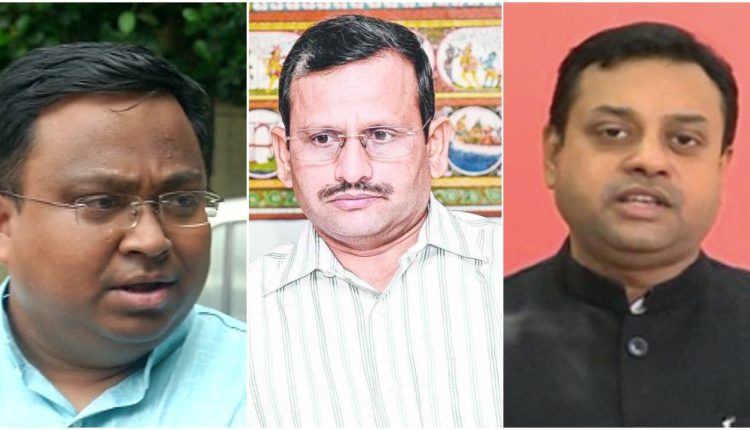 Sambit accused him of acting as a ‘henchman’ of the ruling party despite being an IAS officer of repute.

Suresh Ji,you are a senior Odia administrative officer. You visited Balasore wth acting CM of Odisha.When CM @Naveen_Odisha announced to take responsibility of poll bound Pipili AC,coinciding with that you came with a package for Balasore whr by-poll was held in recent past(1/3)

The package was announced on Tuesday hours after Mohapatra along with 5T Secretary V K Pandian and Works Secretary Krishan Kumar assessed the infrastructure needs of the town.

The Balasore review and package came a few days before the April 17 Pipili bypoll (now postponed following the demise of Congress candidate Ajit Mangaraj) and a day after the CM promised to personally look after the development of Pipili-Delanga at a virtual rally. He had made a similar promise to the electorate of Balasore during the bypoll last year.

After our State BJP President’s allegation, you came in a very political colour to politically influence the by-election. It’s a matter of grave concern. Suresh Babu this is not expected from you. You are tied with constitution of India and not with ruling party.(2/3)

Referring to this coincidence in this tweet, Sambit alleged that the Chief Secretary’s visit was an attempt to ‘politically influence’ the bypoll. “You went to Balasore. What about Bijepur, Patkura and Tirtol where the CM had made similar announcements of taking personal care. Whether CM remembers these too,” he questioned.

Why are you against the development of Balasore. Are you anti-Balasore. Have you consulted Hon’ble Minister and Balasore MP @pcsarangi Shri. Pratap Sarangi before making such Tweets? https://t.co/jAZJN1nRal

The BJD and the BJP had engaged in a similar duel of words over Cuttack MP Bhartruhari Mahatab the previous day. After BJD general secretary (organisation) Pranab Das’ Columbus jibe at Union Minister Dharmendra Pradhan, Sambit accused the regional party of being intolerant. Pranab’s tweet was in response to Dharmendra’s statement at an event praising Bhartruhari and questioning why he was being sidelined in the BJD.

[Watch] Be Ruthless, Don’t Show Any Mercy To COVID…