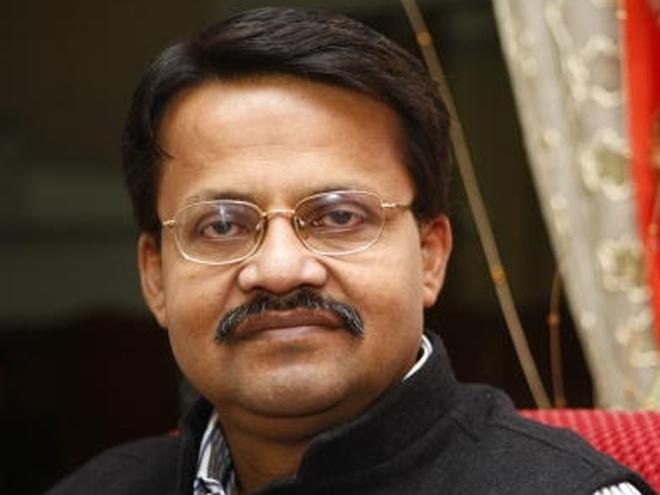 Bhubaneswar: Is BJD MP from Cuttack Bhartruhari Mahtab getting closer to the BJP after getting sidelined in his party? A few events in the recent past have given rise to speculation of him possibly joining the saffron party at an ‘opportune’ moment.

The BJP too seems to have developed a soft corner for the veteran leader from Odisha. On April 9, Prime Minister Narendra Modi praised the Cuttack MP while releasing the Hindi translation of ‘Odisha Itihaas’ written by Harekrushna Mahtab (Bhartruhari’s legendary father). Union minister Dharmendra Pradhan followed it up on April 12 at an event with a statement of Bhartruhari being sidelined in the BJD, creating a stir in political circles here.

“I don’t know why his party is not utilising his experience in Odisha,” Pradhan said while inaugurating the 72nd Bishuba Milan Utsav at Cuttack. The event was organised by Prajatantra Prachar Samiti, the publisher of Odia daily Prajantra of which the six-time Lok Sabha MP Bhartruhari is the editor.

In 2016, a news report published in a local daily, attributing a statement by the senior BJD MP about the possibility of an alliance with Congress had sparked off a political storm.

In 2017, Bhartruhari questioned BJD’s support to BJP nominee Ram Nath Kovind for the post of President in his editorial, ‘President Election: Dalit vs Dalit’. More recently, he questioned the manner in which the Odisha government had identified land “using google search” for the proposed expansion of SCB Medical College in Cuttack into a ‘world-class’ facility.

While the Cuttack MP is yet to issue a statement on the Union Minister’s remark, BJD general secretary (organisation) Pranab Prakash Das compared Dhamendra’s discovery of Bhartruhari’s talent to that of America by Christopher Columbus.

“You have discovered like Columbus, the intellectual acumen and experience of Bhartruhari Babu. I request you to properly utilise the experience and efficiency of LK Advani and MM Joshi who are also intelligent and dedicated to BJP,” he tweeted.

Countering Pranab, BJP state secretary Kalindi Samal said there was nothing wrong in praising a person who is working to strengthen the cultural heritage of the state.

BJP national spokesperson Sambit Patra accused the regional party of being intolerant in a series of tweets. “People are well aware of the contribution of Mahtab family towards India’s freedom and Odisha’s development,” he wrote. 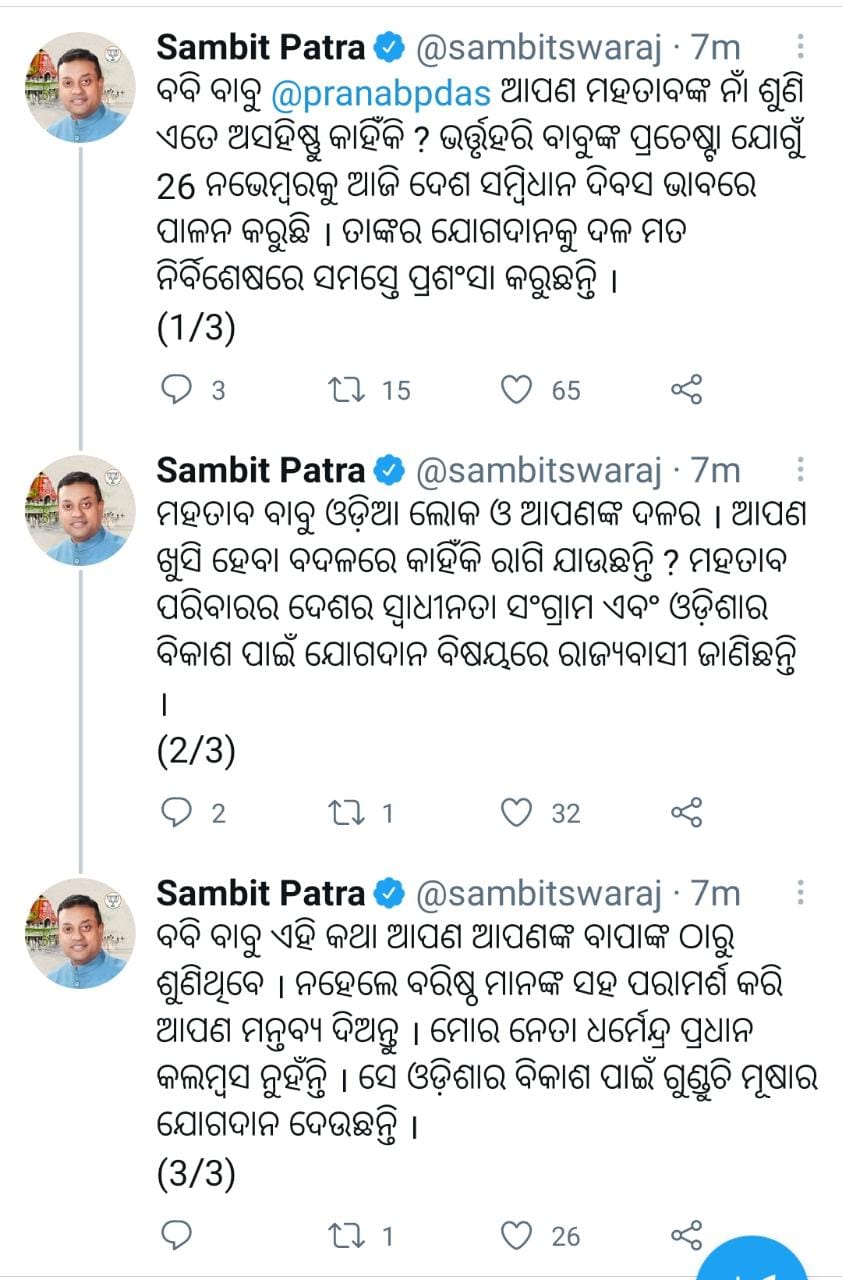