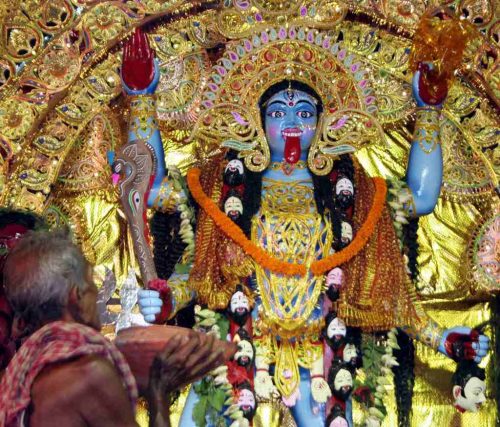 Cuttack: As many as 75 pandals would be set up for community puja of Goddess Kali in Odisha’s Cuttack city this year.

It was revealed at the preparatory meeting of the city peace committee on Sunday. The Kali Puja, which had been stopped for COVID pandemic for 2 years, would be celebrated amid pomp and grandeur keeping with the expectations of the people, president of the committee told media persons after the meeting.

He said the puja of Goddess Kali will begin on October 24 and the community celebration would continue for 4 days at the pandals till October 28. The immersion of Devi idols would be held with grand procession going through the city on the last day, he added.

The local administration has made necessary security arrangements for peaceful immersion procession like Durga Puja, he said and sought the people’s cooperation in this regard.

When Naveen Patnaik Acted In A Movie