People In Most Areas Of Gajapati Not Made Aware Of Titli: Dharmendra 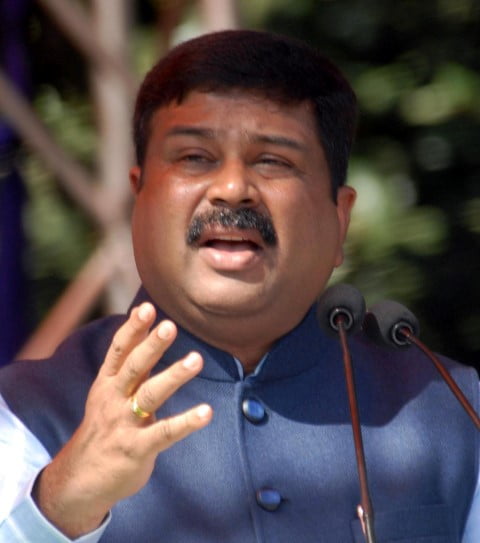 Bhubaneswar: Senior BJP leader and Union Minister Dharmendra Pradhan has accused the Odisha government of lack of preparedness in tackling the severe cyclonic storm Titli that wreaked havoc in the South Odisha districts on October 11.

The Union Minister, who posted a video on his Facebook account after returning from the cyclone-hit Ganjam and Gajapati districts, alleged that the government made no sincere and serious efforts to make people in most parts of the Gajapati district aware of the approaching storm though Met had sounded early warnings for the district.

Dharmendra also found fault with the ongoing relief works being undertaken in the cyclone-hit districts. “The government is behaving like a moneylender and trying to take the credit for providing Rs 10 lakh ex-gratia to the family of each of the deceased. The leaders and bureaucrats, who are in charge of overseeing the relief works, should refrain from self-admiration and put up concerted efforts to ensure that the relief assistance reach all the affected families,” Dharmendra added.

Referring to Andhra Pradesh chief minister Chandrababu Naidu, who is currently camping at Srikakulam to personally supervise the relief and restoration works, the Union minister said he did not find any responsible officer, local MLA and minister at any relief camp during his visit to Gajapati district.

Reacting to Dharmendra’s comment, BJD spokesperson Arun Sahu said the state government had expedited relief and restoration works in the affected districts after the cyclone and subsequent flood. “It is grossly unfortunate that some leaders want such calamities to occur in Odisha so that they will get a political mileage out of it.

Replying to the statement of the Union Minister, who has dubbed the state government as a moneylender, Sahu said: “It is obvious that a moneylender always considers others as moneylenders, who provide financial assistance to the people”.