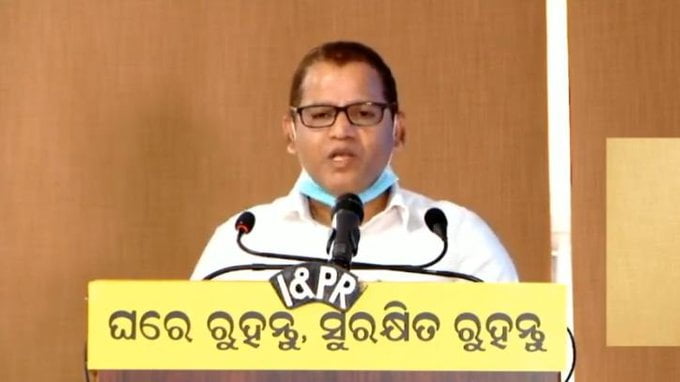 Bhubaneswar: The state government on Saturday blamed the people of Katikata village for the spread of COVID-19 in Jajpur district, which now has the highest number of corona positive patients in Odisha.

“so far, 21 people of Katikata village have tested positive for COVID-19. It had spread after the return of five villagers from West Bengal. Had the villagers informed the district administration about these five and advised them to remain in home quarantine, the number of cases would not have spiralled,” principal secretary, Health and Family Welfare, Nikunja Bihari Dhal told mediapersons here.

Stating that Jajpur, Balasore and Bhadrak districts have been declared as red zones, he said that Bhubaneswar, which had the highest number of COVID patients, saw only one positive case reported in the last 15 days.

The health secretary said about 2500 tests are being conducted every day and plan are afoot to increase the number by ten times in the coming days.

“The state has ordered for three more Cobas machine for rapid tests,” he added.

The Art of Wellbeing: What COVID 19 Has Taught Us

Guess How Much Mukesh Ambani Earned Per Hour During…