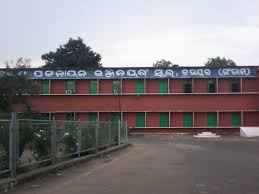 Berhampur: People’s College at Buguda in Ganjam district was closed sine die on Saturday following unrest on the campus.

The authorities were forced to close the college following resentment among a group of students after the students’ union election was cancelled.

The election was cancelled following a clash between two groups of students.

Earlier this morning, sine die was also declared at Berhampur University due to student unrest on the campus after the nomination of a candidate was cancelled by the authorities.

Meanwhile, the students of different colleges in the state, including BJB Autonomous College and Rama Devi Women’s University in Bhubaneswar and Fakir Mohan University in Balasore, have started door-to-door campaigning to woo voters.

Some of the aspiring candidates were also seen distributing gifts and chocolates among the students.

One Killed, 20 Injured In Road Accidents In Odisha