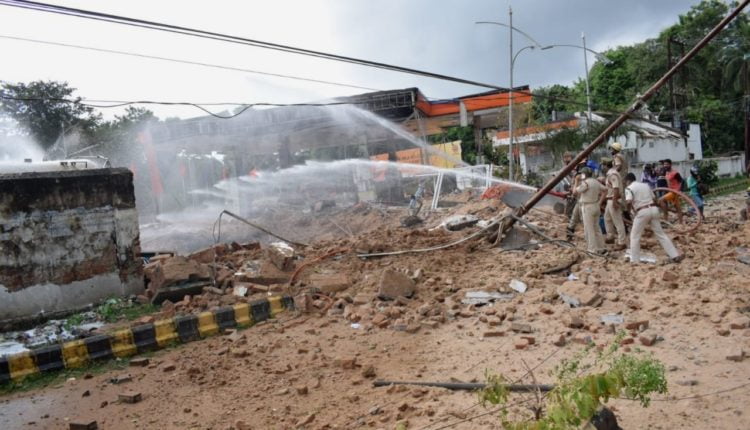 Bhubaneswar: A day after a massive blast in an underground CNG (compressed natural gas) chamber at a petrol pump in Bhubaneswar, the Petroleum and Explosive Safety Organisation (PESO) on Thursday pinned the cause on LPG leakage.

Deputy Chief Controller, PESO Odisha, Ruab Ali said the leakage occured when the filling of LPG was underway in the CNG chamber. As a result, fire broke out inside the chamber after nitrogen came in contact with oxygen. As the chamber had a stock of 4.5 tons of LPG, there was an explosion.

“We have completed the preliminary investigation and will submit a detailed report to the Petroleum and Natural Gas Ministry,” Ali added.

However, he did not give further details about the blast as police were now investigating into the casualties due to the blast.