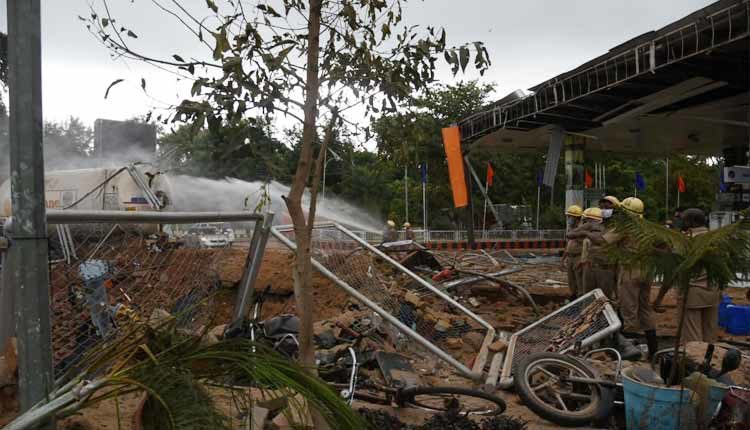 Berhampur: The family of Simanchal Parida, who is believed to have died in the petrol pump explosion in Bhubaneswar, has performed his last rites in a symbolical manner in Ganjam district.

Simanchal has been missing since the blast and from the mutilated body parts traced from the site, he is suspected to have died. Police have sent the body parts for DNA test for confirmation.

The funeral pyre was prepared at the cremation ground at Gahangu village in Aska block, wherein a bundle of straw was placed as a symbol of Simanchal and consigned to flames on Saturday, New Indian Express reported.

Simanchal was one of the three persons from Ganjam district present at the explosion spot on Wednesday. The other two, Sadananda Nayak and Harsabardhan Srivastav, were admitted to SCB Medical College and Hospital in Cuttack with critical injuries.

Sadananda, who had suffered 60 per cent burn injuries on his head and chest, died while undergoing treatment. The condition of Harsabardhan is stated to be critical.

16 More Succumb To COVID-19 In Odisha, 3 From Bhubaneswar

Now Cancel Or Book Train Tickets Till 5 Minutes Of Departure