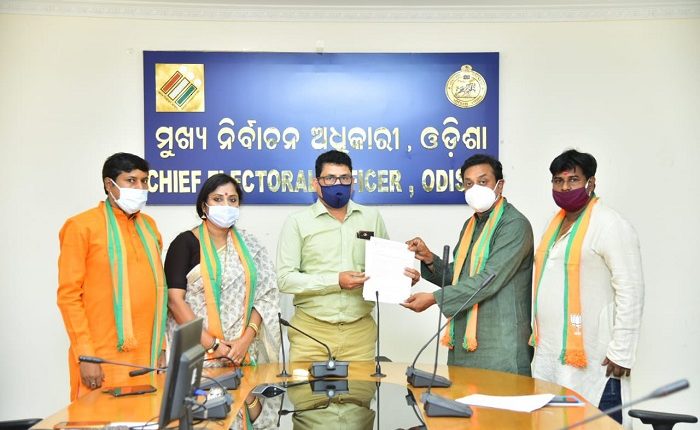 Bhubaneswar:  The byelection to Pipili Assembly constituency may have been postponed following the unfortunate death of Congress candidate Ajit Mangaraj on Wednesday, but the battle between two main opposition parties – BJD and BJP – rages on.

Earlier in the day, a delegation of the BJP has brought allegations against a tehsildar  stating that the Tehsildar of Delang, being a state government official, is intimidating BJP workers at the behest of ruling BJD during campaigning.

Patra said “We have lodged a formal complaint with the CEO against the Tehsildar of Delang block, Mahendra Kumar Badhei for threatening the BJP workers in the area.”

While demanding immediate removal of Badhei from Delang block by claiming that the tehsildar was trying to hamper electioneering by BJP members, Patra said the party has identified 40 extremely hyper sensitive booths. He has demanded deployment of Central forces to ensure a free and fair election.

Over 600 Patients Recover From COVID-19 In Odisha