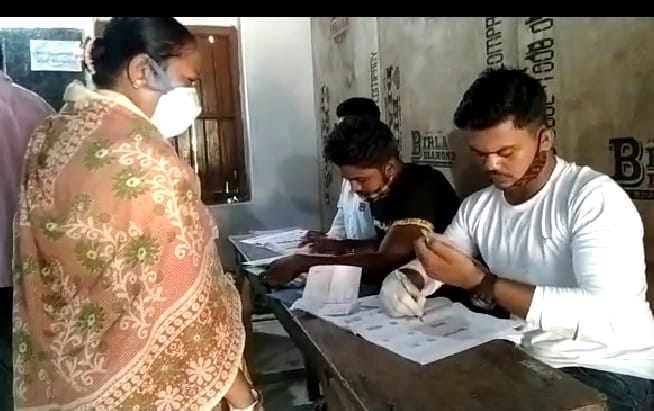 Puri: All arrangements are in place for the counting of votes of Pipili by-election which was held on September 30.

Counting will begin with postal ballot at 8 am followed by EVM votes counting at 8.30 am, informed Chief Electoral Officer (CEO) of Odisha, Sushil Kumar Lohani, on Saturday.


A total of 72 government officials will count the votes at 14 tables set up in three halls at Penthakota Warehouse. EVM counting will be held in two halls and postal ballot in one hall. Three additional AROs have been appointed for counting and the process will be supervised by an Election Observer, the CEO added. Each candidate can also deploy one counting agent at each table.

Informing that all COVID measures will be strictly adhered to at the counting centre, the Chief Electoral Officer said only those fully vaccinated have been deployed on duty. Wearing face masks,  following proper sanitisation and thermal scanning has been made mandatory, he added.

To avoid crowding at the counting tables and to check the spread of COVID, cameras will capture the results and display that on a big screen, he added. After counting, the votes of the VVPAT slips will be compared with that of EVMs.

The results will be published on the official website of ECI  results.eci.gov.in after every round.

Meanwhile, a three-layer security cordon has been created for the safety of EVMs. While three platoon police forces have been deployed for the voting machines, the Border Security Force (BSF) personnel have taken positions around the first layer of security cordon. The state police have taken charge of the second layer of security while the district police and Revenue officials will be working in the outer ring of the warehouse.