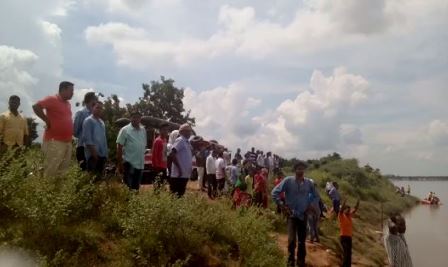 Cuttack: The Commissionerate Police on Thursday found the motorcycle of a Plus II student of the Christ College, who had been missing since August 2, near the Mahanadi riverbank.

According to police, the parents of the boy had lodged a complaint at Cantonment police station on August 3 when he did not return home the previous night.

The parents alleged that a former boyfriend of his son’s girlfriend had kidnapped him.

Acting on the complaint, police launched a search operation and found the bike of the missing student near Dhabaleswar Ghat of Mahanadi, on the outskirts of the city, this morning.

Suspecting that the kidnapper might have killed the boy and thrown the body into the river, police have begun a search operation in the river with the help of fire service personnel.

Earlier, police went to the house of the former boyfriend but could not find him.

This Is How Odisha Govt Is Encouraging People To Take 2nd…