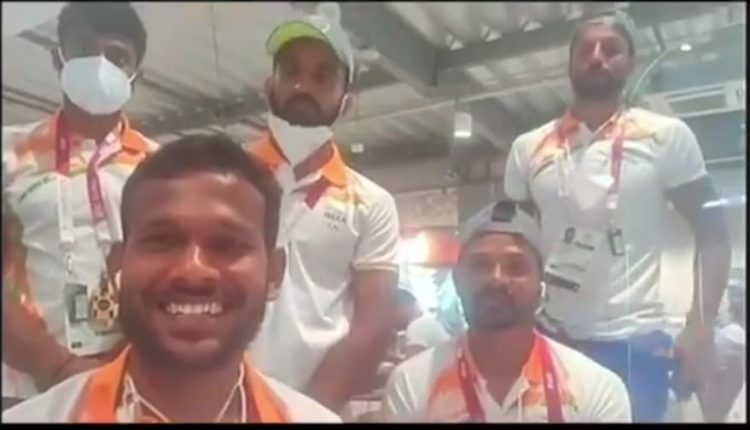 Bhubaneswar: Following India’s bronze medal-winning performance in men’s hockey at Tokyo Olympics, Chief Minister Naveen Patnaik on Thursday spoke to the team over the telephone and congratulated the players for the spectacular victory.

“Many congratulations to our hockey team. The whole of India is so excited as is Odisha, of course. We are all behind you and we wish you the very best,” he said.

Naveen further said that Odisha is looking forward to receiving the Indian Olympics hockey team in Bhubaneswar on August 16.

Soon after the team ended the 41-year medal drought by defeating Germany 5-4 in a high-intensity match at the Oi Hockey Stadium in Tokyo, the CM tweeted: “This historic win at Tokyo Olympics–2020 will inspire a generation of sportspersons. All the very best for the future,” he tweeted.

Odisha is the official sponsor of the national hockey teams since 2018.

Meanwhile, there were celebrations at Kalinga Stadium in Bhubaneswar over India’s bronze medal win against Germany.