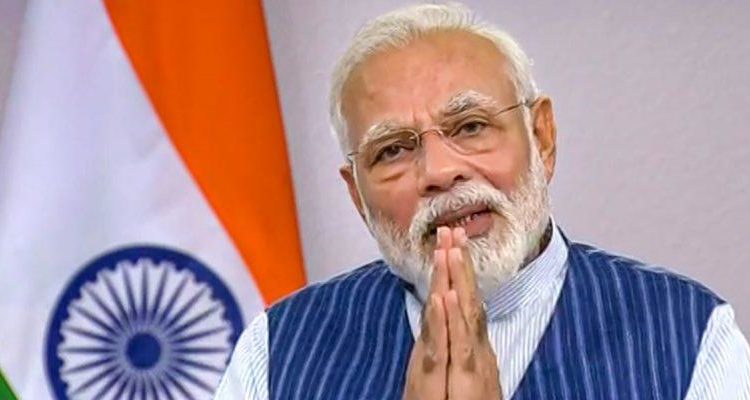 New Delhi: Prime Minister Narendra Modi launched the physical distribution of property cards under the SVAMITVA scheme through video conferencing on Sunday and also interacted with the beneficiaries.

The SVAMITVA (Survey of Villages And Mapping With Improvised Technology In Village Areas) scheme is aimed at creating accurate land documentation, reducing property-related disputes and increasing liquidity of land parcels.

The cards under the scheme are physical copies of property titles of the villagers’ homes and the surrounding areas they own (as opposed to the cultivated land). Under the scheme, land parcels in rural areas were mapped using drones. This will help in revenue collection and ensure clarity on property rights in rural areas.

Interacting with the beneficiaries, the PM said those who have got the property cards will now have a right, a legal document of owning their houses. “When one becomes the owner of their house, their self-respect is restored. One feels secure and strong,” he added.

“The scheme is going to bring historical changes to the villages in the country,” he said, adding that the country has taken another major step towards an AtmaNirbhar Bharat, as the scheme helps in making rural India self-reliant.

Aparajita Sarangi To Hold Meetings At Three Places In Bhubaneswar

Your 1/12th Teaspoon Of Honey Matters! Make It Count