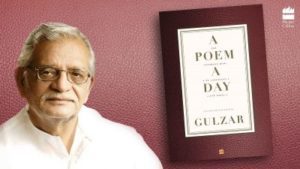 The collection of poem that was released on November 30 has 365 poems – a poem for every day of the year – written by some of the leading poets of India over seven decades since Independence. Originally written by 279 poets in 34 Indian languages (including Hindi, Urdu and English), the poems appear in bilingual versions of English and Hindi, as translated by Gulzar himself.

Apart from poems four quarters of the country, Gulzar has selected creative works of poets from Sri Lanka, Bangladesh, Nepal and Pakistan. 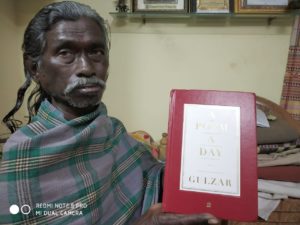 In the book, Gulzar, who is also an award-winning filmmaker, begins with two poems of Nag, ‘Pancha Amruta’ and ‘Chitthi deuchhen re Haldhar’.

Nag is best known for his work ‘Kavyanjali’, an anthology of Nag’s selected poetry translated in English. He was awarded Padma Shri by Government of India in 2016.

Thanking Gulzar for including Nag’s poem in his selection of poems, Chief Minister Naveen Patnaik said this is a fitting tribute to the immensely talented Koshali language poet and his lifelong work to promote the language.

Farmer Unions To Return To Table For Next Round Of Talks