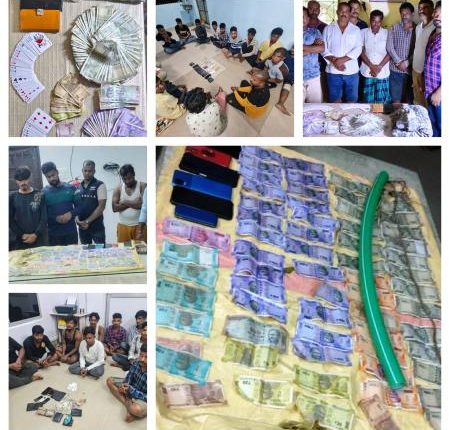 Berhampur: Police have apprehended 45 persons for alleged gambling and recovered more than Rs 1 lakh during raids in one day in Odisha’s Berhampur under Ganjam district.

According to sources, since the people of the Silk City indulge in illegal gambling as a customary practice from the end of Dussehra till Kumar Purnami, the police have launched an operation to conduct raids on various places to stop the social menace.

During the raids on Wednesday, the Berhampur Police nabbed 45 persons while indulging in gambling and recovered the betting amount of Rs 1.91 lakh from their possession. Besides, 40 mobile phones and 77 motorcycles have also been seized.

The police have warned that the raids on gambling places in the city would be intensified in the days to come.

A Book On Droupadi Murmu’s Life, Authored By 16-Year-Old Girl From Odisha