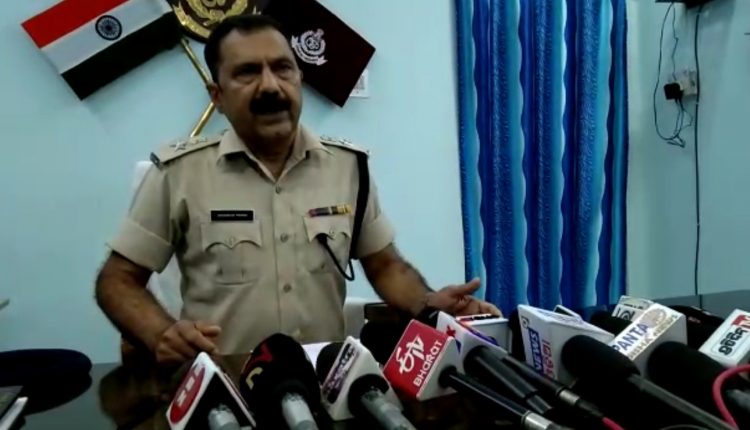 Sonepur: Police have arrested four persons from West Bengal in connection with withdrawal of over Rs 70 lakh by producing fake cheque from the bank account of a college in Odisha’s Sonepur district.

Speaking to media persons on Sunday regarding the case, Sonepur district SP Amaresh Panda said acting on the complaint filed in Sonepur police station, a special team was formed to investigate. During the investigation, the special team came to know that Rs 70,42,900 was transferred from the Sonepur Mahavidyalaya’s running account in Bank of Baroda branch in the town.

The SP said the accused persons had presented a fake cheque of the college in the bank and processed it through real time gross settlement (RTGS) for fast transfer of the money. The amount was deposited in the college account from the state government fund.

The investigation revealed that the college fund was transferred to the ICIC Bank account of one Sakhi Dutt in Cooch Behar in West Bengal. Subsequently, the special team visited Cooch Behar in connection with the investigation and collected information about the persons involved in the fraudulent transfer of money.

After further investigation, the team went to Cooch Behar and arrested four persons including two women. They are Sabuja Ghosh, Subas Das, Beauty Das and Draupadi Dey. The police team produced them before the local court and brought them to Sonepur on transit remand, the SP said.

Panda further said some more people are also involved in the case as the money has been transferred to their account. The bank accounts of the frauds having Rs 18,98,507 have been frozen and further investigation is on, he added.